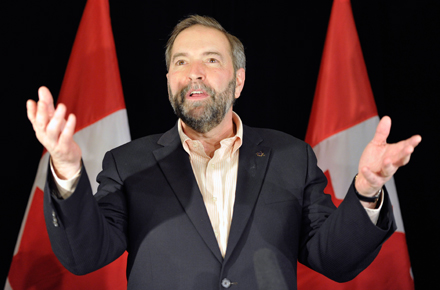 To address their $171 million budget shortfall (total budget just north of $1 Billion), CBC has made a number of cuts.

Television programming will be affected as CBC cancels Steven and Chris, and Fashion File and reduces budget for 22 minutes, Little Mosque on the Prairie, The Border, Being Erica, Living In…, Fifth Estate (20% budget cut), and Marketplace.

The state broadcaster has recently faced criticism from the Minister of Heritage concerning their American programming.  The network has committed a freeze on purchasing new US television programming.

CBC.ca is receiving more funding as more content as more audience goes online for content.  More bandwidth will be purchased for audio/video streaming and a focus will be placed on user-generated content.

CBC radio will cut The Inside Track, Out Front, In the Key of Charles, The Point, and The Signal (weekend edition).  The Current will have its budget reduced by 10%.

On the French language side, Téléjournal‘s show will go from 60 minutes to 30 minutes, Windsor morning programming will be replaced by Toronto content.  Saturday’s programming is also cut.  Ottawa’s noon news program will also be axed.

The cuts are focused more on television than radio.  CBC still will not sell advertising on radio although they are cutting 121 total jobs in that department.  In the Maritimes, 26 jobs are cut from CBC Radio.

CBC Sports will cut 313 jobs while CBC News (English) will cut 80 and will face a budget cut by $7 million.  The CBC will drop showing Toronto Blue Jays baseball, will reduce coverage of figure skating, soccer and world aquatics and will significantly reduce coverage of amateur sports.  Also, 20 communications jobs and 12 marketing have been cut.

More cuts will be announced soon as CEO Lacroix has deemed that the network will shrink by 800 jobs total (out of 10,200 total).