Today Paul Wells wrote a piece in which he supported the thesis of a post I wrote back on July 22. However, he thought he noted a bit of an inconsistency between my post and later tweets,

I’ve been mystified by Stephen Harper’s willingness to squander so much political capital on an issue as trivial as the long-form census. Only slightly less so by the media’s piling on, treating this as a matter of great national importance, and by the level of emotional investment so many apparently attach to census-gathering.

Stephen Harper seeks to diminish or destroy the Liberal Party to replace them with the Conservatives as Canada’s default choice for government. His greatest challenge is to dismantle the modern welfare state. If it can’t be measured, future governments can’t pander.

That’s the choice, I suppose. Either what the Harper government is doing with the long-form census doesn’t matter, or it does. Obviously Moore has a lot more company than Taylor does. Indeed, lately Moore’s company includes Taylor: since July 22 this whole business has gotten too hot for Stephen’s liking and in his blog and on Twitter he’s joined the nobody-cares crowd, arguing that this whole business is an invention of the “push media,” by which he means news organizations that cover a story he doesn’t like for longer than he likes.

There is obviously a bit of confusion because after I wrote that blog post, I took to twitter and wrote this:

I noted a similarity to that earlier sleepy story of the year called prorogation when the Toronto Star breathlessly plastered its front page describing a “fury” of Canadians against prorogation because 20,000 people had joined a Facebook group! Sure enough, while 20,000 people seeded interest in the story, the media took the ball from there and covered it and covered it for the next three weeks and it wasn’t too surprising that the millions of dollars in free media coverage netted that Facebook group over 150,000 members!

To address Wells specifically, he sees a bit of a disconnect between my suggestion that the PM is really using the census issue to dismantle the welfare state and my assertion that “nobody cares” about this story.

However, in my original article I wrote this:

Two things: I still standby my thesis that I believe that chucking mandatory nature of the long-form is a move to dismantle the welfare state (and that this is a move in the right direction). And two, nobody cares outside of the beehive. It’s the media that is pushing the story outside of the beehive walls propelled by the loud buzz of special interests.

If you were to poll typical Canadians and asked them, “what is the biggest issue facing you and your family”, I’d venture a guess that most would not respond that “the changing of the long-form census to a voluntary survey” ranks high on their list.

“Nobody cares” is a simplification; nobody cares outside of the beehive. The swarm of special interests sure does care. Other Canadians? They’re at the cottage, or BBQing on their decks. Does bugspray keep bees away too?

As for my trouble-making behaviour, I make no apologies. Sometimes it’s fun to throw rocks at beehives. 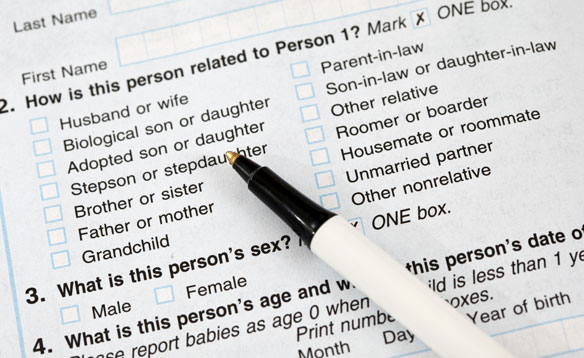 Kory Teneycke made news last week regarding his project to launch a “Fox News Canada” with the backing of Quebecor who owns Sun Media. News of reporters already being snatched up by Sun is circulating wildly and already includes David Akin and Brian Lilley as new recruits to the TV venture. We’ve obtained (no, not really) a copy of the application form that reporters, eager to work for the new network, are filling out to apply for work.

And unlike a lot of Ottawa reporting, the correct answer here isn’t all that nuanced.

Related topic: The Toronto Star and the Atkinson principles