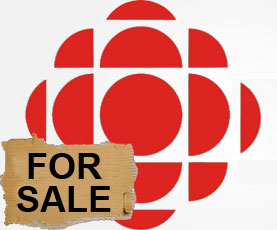 Here’s our latest from the National Citizens Coalition:

OTTAWA – With the federal government struggling to emerge from a $36-billion deficit this year, taxpayers have been demanding an immediate end to wasteful spending.

“This government was elected to balance the budget – that must remain the top priority,” says Peter Coleman President and CEO of the National Citizens Coalition. “If they are serious about the promises they made during the most recent election it is time to put the CBC on the chopping block.”

With taxpayers being forced to hand over $1.1-billion annually to fund the CBC, the broadcaster has still failed to remain relevant.

Now, a new petition has been launched at www.cbcoptout.ca, which allows taxpayers to join with thousands of others to symbolically opt-out of providing funding.

“It is time to tell Heritage Minister James Moore and Prime Minister Harper that the buck stops here – all 1.1 billion of them.” adds Coleman.

The CBC’s negative impact on the Canadian economy is deeper than most taxpayers realize.

“Private networks must compete with the CBC for advertising dollars, and the CBC has repeatedly refused to even open its books,” says Stephen Taylor, a Director with the NCC.

“Without a transparent, forensic audit the true costs of the CBC are impossible to estimate. This is before even including the millions of public dollars spent each year by other government agencies, such as Canada Post, to advertise on the CBC,” adds Taylor.

The National Citizens Coalition has been working hard for several years to bring this issue into the spotlight. Now that the CBC is in the hot seat, the pressure is on the federal Conservatives to act decisively and to stop wasting taxpayers’ dollars immediately. 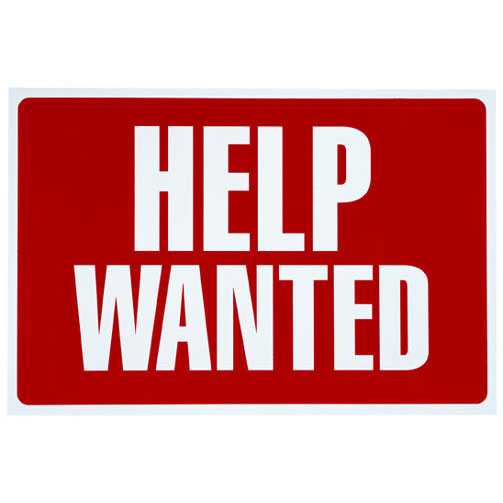 Here’s a good job that may interest you.

A Corrections Officer making $59,513 to $74,647 per year would be a great paying job for most Canadians. You must apply by July 24th to the Correctional Service of Canada.

However, under the Who Can Apply section we see the following restrictions. Surely these must be based upon learned skill, educational qualification, or the content of one’s character? No, some particular hiring restrictions are based on the colour of one’s skin.

Those asterisks helpfully let us know what these terms mean,

**An Aboriginal person is a North American Indian or a member of a First Nation, Métis or Inuit. North American Indians or members of a First Nation include treaty, status or registered Indians, as well as non-status and non-registered Indians. Effective January 1, 2010, all departments and agencies under the Public Service Employment Act are required to use an Affirmation of Aboriginal Affiliation Form (AAAF)for appointment processes in which the area of selection is restricted to Aboriginal peoples only or to employment equity groups that include Aboriginal peoples. The AAAF is a condition of appointment: it must be completed and signed by the candidate before or at the same time as the Letter of Offer. For more information, consult the Public Service Commission’s Web site on AAAF.

This issue has come up before and a review was promised by Stockwell Day, then Minister of the Treasury Board.

A representative workplace that doesn’t discriminate is an ideal that should be held by everyone. What is the progress of this review?

I pleased to announce today, the launch of a new way of connecting with Canada’s political party leaders and the journalists that are covering the election campaign.

I’ve been working with Google over the past couple of months on an innovative project that provides a peek into the reading material of those seeking the Prime Minister’s Office the articles that they’d like to share with you, the voter.

Late last night, our site went live and gained some very valuable real estate on the homepage of Google Canada at google.ca.

Google Power Readers Canada is the product of our work. I was able to gather Stephen Harper, Stephane Dion, Jack Layton and Elizabeth May together to share articles that interest them and of course, articles they figure will interest (or should I say) entice you to vote for their candidates.

Also featured within the project are some of Canada’s top reporters that are covering the day-to-day action of the campaign. Perhaps, this will allow the “reporter’s notebook” to evolve in the way that reporters gather information and provide raw material for their readers to give them insight on the information gathering process.

You can check in what Jack Layton is reading and sharing with Google Reader, you can get a glimpse into Stephen Harper and Elizabeth May’s interests or find out what sites Peter Mansbridge frequents as he goes through his day. For example, we know that the Prime Minister is an avid hockey fan. From his shared items page we can see that the Mr. Harper is watching how the Leafs new and young talent may shape their upcoming season. The Prime Minister shares an article the Toronto Star about the Leaf’s training camp. Stephane Dion maintains his message and shows us more of his personality by linking to a Fishing Magazine in his profile. Elizabeth May has shared a Nova Scotia article from the Chronicle Herald on her platform release.

Check out Google Power Readers Canada and let me know what you think. Sign up for Google Reader yourself and share some articles with other Canadians and participate in the social media conversation for this 2008 general election. If you’re also posting your ideas, maybe Jack Layton or Stephen Harper or Kady O’Malley will share your blog post or article. I should thank the party leader’s and the journalists for taking a chance on my pitch for this project. I’m looking forward to seeing what they have to offer to Google users. This election is showing the full integration of new media within political campaigns. Google is reflecting this with Google Power Readers.