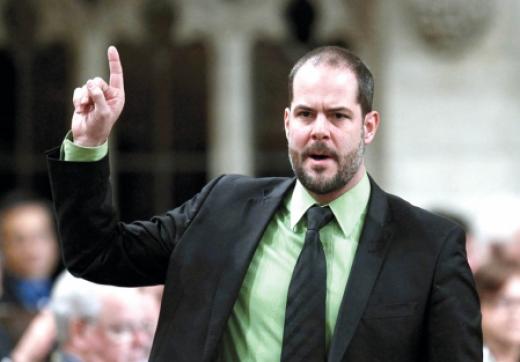 From the Toronto Sun,

OTTAWA – NDP MP Alexandre Boulerice refuses to retreat from a blog post that praises communists and slags the First World War as a “capitalist” conflict.

Veterans Affairs Minister Steven Blaney has demanded Boulerice apologize for the 2007 post that came to light on Tuesday on the 96th anniversary of the Battle of Vimy Ridge.

Boulerice offered no defence of his comments, but he did shoot back at Blaney on Wednesday.

“I think Mr. Blaney yesterday, it was the last day to engage in partisan politics and to try and score points like that, with old stories,” said Boulerice in Montreal.

“He is the minister who is making the largest cuts in support programs for disabled veterans.”

In his post on the blog Presse-toi a gauche (Hurry to the left), Boulerice questioned the value of the Battle for Vimy Ridge, mocked the First World War as “a purely capitalist war on the backs of the workers and peasants” and lauded communists for their opposition to it.

The comments lit a firestorm of controversy, with the National Citizens Coalition (NCC) joining the barrage and aiming its guns on Boulerice’s admiration for communist activists.

“It is shocking to think that Mr. Boulerice would be praising communists as having foresight,” said NCC Director Steven Taylor. “The rest of us exercise our benefit of hindsight and realize that communism has been one of the most destructive ideologies ever imposed upon human industry and ingenuity.”