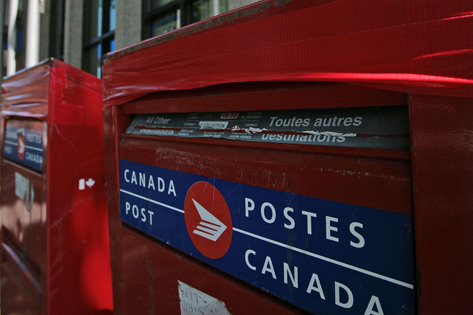 The NDP filibuster over bill C-6 is over and it ended with more of a whimper than a bang.

With 102 MPs allowed to speak for 20 minutes (not including about 10 minutes of questions) on each stage of the legislation to put postal workers back on the job, the NDP perplexingly gave up much too early.

Solidarity forever, or at least until Saturday at 8pm. The NDP could have presented 102 speakers on the hoist motion and 102 speakers on *each* of the 22 subsequent amendments to the legislation. Further, they could have presented any number of amendments for the third reading of the bill. Indeed, they could have filibustered until CUPW reached a deal with Canada Post, or until the House was scheduled to resume on September 19.

It was a surreal scene: MPs reading emails from their constituents on the importance of postal delivery, the PM sleeping on his office couch, hospitality suites in Centre Block, and David Chistopherson rousing everyone at 3am in the House with his over-the-top mad-as-hell routine.

For many MPs, this was their first time participating in the House. Sure, most had risen before to thank their MPs by reading an SO31, but for a number of rookies, this was their first real exposure. From both sides, I’ve heard that the filibuster was good for team building: being stuck on Thursday for 56 hours can do that to you.

Regarding the issue itself, it was about a preemptive Canada Post lockout in the face of imminent rotating strikes by CUPW. If we look at the context of pre-positioning for an agreement, the government’s legislation also undercut Canada Post proposed offer giving the union additional incentive to settle with the Crown corporation.

On the legislation, it’s an ugly thing to see the government step in and meddle in a negotiation between two parties. Collective bargaining is a right, however there is no right to “strike” and to hold a company hostage. Then again, politics isn’t a game for philosophical purists. Back to work legislation is a perfect example of the imperfect and ugly sausage-making business of politics.

The Liberals were very much absent from the debate. The interim leader and about 2/3 of his caucus were absent from the votes. Mailing it in had a few Liberal partisan friends wondering again why they still back the Grits, now decimated.

The NDP must consider a few items going forward. First, they promised a different sort of politics and they’ve always promised to “make Parliament work”. The filibuster may be an effective tool in their arsenal for future political debates, but Canadians will become cynical of the tactic after it loses its renewed novelty. Second, the Conservatives will provide plenty of opportunity for the NDP to be polarized partners on issues. On the restoration of postal services this split was 70-30 but it was a stark division without much ground in between. The Conservatives and the NDP can provide each other many victories in this majority parliament. Keeping the Liberals marginalized and creating an established champion on the left in the NDP are in the interests of both the Tories and the Dippers. However, this dance will end with the Conservatives if the Dippers jam every piece of legislation in the 41st Parliament.