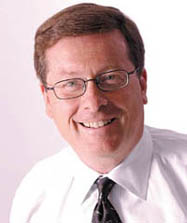 To remove myself from federal politics for a minute, I thought that I should mention that I met a one Mr. John Tory today in Kingston. The former Toronto mayoral candidate was visiting Kingston today on a listening tour to set his ‘potential’ plans in motion for a run at the Ontario PC leadership.

At a small meeting of about 20 people at Aunt Lucy’s restaurant, Mr. Tory addressed our group and fielded our questions and concerns for regaining provincial conservative grassroots support and for citing lessons learned during the last provincial loss to the Ontario Liberals. John Tory asserted that campaigns cannot be based upon personal attacks and that such attacks reflect upon the lack of confidence in one’s own policies. Tory reminded us that the mayoral campaign was free from such attacks by all candidates. The campaign debt incurred by the provincial PC was cited as one of the principle hurdles facing the party in the future. In his professional career, Tory raised hundreds of millions of dollars for various organizations such as the United Way and St. Michael’s Hospital. He also mentioned that his mayoral campaign was debt free and that he helped/is helping two other mayoral contenders clear their debts.

I spoke with John and asked him what his “issue” was going to be should he become leader. Tory noted that if McGuinty’s liberals keep breaking their promises, it’ll be government accountability. However, he noted that the leadership race is far enough into the future and that a provincial election is even further and that Ontario may face a myriad of issues by then. After learning about my federal Conservative nomination bid for Kingston and the Islands, John told me that I should run provincially for the PC.

What does one say to that?

I think that I blurted out “Give me a call, let me know” Then we exchanged business cards.

And that was my encounter with a one Mr. John Tory. Seems like a nice guy.