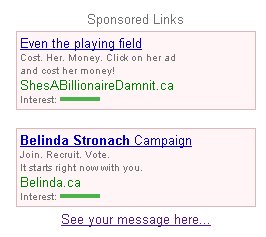 Oh, and Tony: Really! Please do something about your website!