The news came this morning from the Telegraph Journal that the Prime Minister’s director of communications, John Williamson, would be seeking Greg Thompson’s seat in the next election should he win the nomination.

I spoke to Mr. Thompson by phone this afternoon and the former Minister of Veterans Affairs told me that he’s known John’s family for years and that he called John himself and encouraged him to run. Thompson says he hopes for a broad field of well qualified-nomination contestants and believes John would do well.

The Prime Minister’s office offered the following on Williamson’s projected departure from the office, “Like a lot of Atlantic Canadians, John went elsewhere for a job.  But he is now returning to the only place he calls home.”

I’ve also learned that the Prime Minister has been pleased with Williamson’s work and that had Greg Thompson not announced his retirement, John would be staying put.  He has said that his job is not easy, but he is glad that he accepted it in August and enjoys working for the Prime Minister, which he feels is “an honour and an exceptional privilege”.

Also, I’ve come to understand that John will not commence his nomination campaign until once he has left PMO. In the meantime, John will devote all of his efforts to government business and as an added precaution, he will have no involvement in New Brunswick issues and files.

Williamson will no doubt be a strong contender for nomination and his history both on the partisan/government side as Harper comms and movement side with the CTF and Manning Centre will likely offer the voters of New Bruswick Southwest the confidence they’d need to elect him to Parliament after the next election. 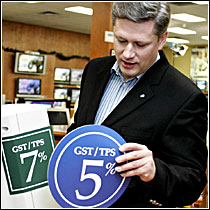