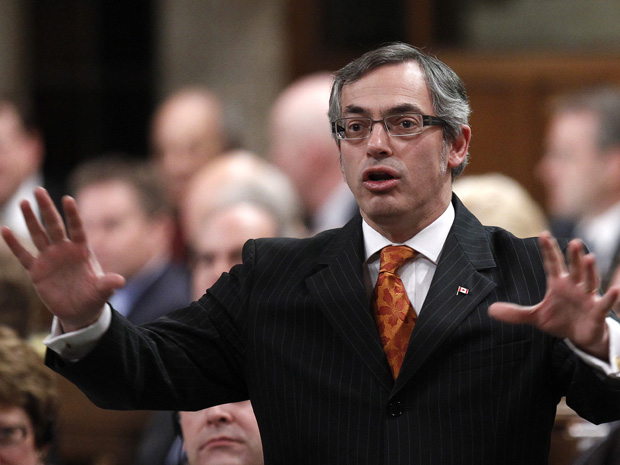 This week, the Conservative government in Ottawa nixed a $39 Billion takeover bid of Potash Corp by Australia-based BHP Billiton. Industry Minister Tony Clement broke his rhythm as he read a prepared statement in the foyer of the House of Commons reading his “Canada’s open for business” preamble and then taking a deep breath and then delivering his verdict against foreign investment.

Economically, this shook the faith of fiscal conservatives. The Investment Canada Act mandates compulsory review of such foreign takeovers when they exceed $299 million in assets exchanged. But as fiscal conservatives can we be surprised when our ideas don’t sprout when they have not taken root?

The blocking of the potash takeover put to shame our principle of free investment and our global reputation of being open to business. By the time Clement had finished speaking, it was front-page news on the Wall Street Journal’s site. The blackberries of Ottawa-based consultant lobbyists buzzed with bewilderment from clients in Frankfurt. However, this wasn’t a decision made in the broadest political context of global economic stimulus, it was one made in the more raw and narrow context of saving 13 Conservative seats in Saskatchewan. And by doing so, acting wholly unconservative.

Politically it was the right move, but it should not have been. More votes were saved in Saskatchewan this week than were lost on Bay street. Yet as with the stimulus, for Conservatives both in name and in principle, it ripped at our guts and gave us great pause as to what we’re doing in Ottawa if not acting to advance rational objectives and liberal free-market principles.

Back in early 2009 when other developed nations doing it and spending at least two percent of GDP on government make-work projects, this government caved to peer-pressure and took a hit of illicit economic enhancing stimulus. In order to participate in the global pork project, Canada — while best-positioned to whether the global economic downturn — conceded by jumping into the sordid business of direct economic intervention in order to keep borders open to other countries (especially the US) who were looking at stimulus out of conceived necessity rather than as a go along. Indeed, if we had eschewed stimulus, our access to markets would have been closed to government projects in other countries. That 2% of GDP was rationalized by our government in Ottawa as a small price to pay for shelter from a global wave of protectionism that lapped at our shores and border. Yet, I have never heard my government discuss this concession to fiscal conservatives so plainly. But in turn, we fiscal conservatives also fail the governments we elect.

I’ve written before that parties and governments are only principled up to a point. By definition, a government must win a majority or at least a plurality of votes or seats to act. This week the government acted according to a majority of opinion where it counted as votes — in Saskatchewan. Eighty five percent of the residents of that province were firmly against the foreign takeover. As Conservatives with populist roots we should at least take comfort that provincial rights were respected. While acted as a central planner, the plan recognized provincial autonomy.

What should shock and concern us though is that a great number of Saskatchewans either thought that their government still owned the resource or that the majority of shares in Potash Corp were actually owned by Canadians. A Conference Board of Canada report held the sobering truth. For the knee-jerk economic nationalists, it was unknown that a majority of shares of Potash Corp were foreign owned. What should shock us further is that a great number of Canadians are not passionate about the free market principles that have brought more people out of poverty than any other miracle in our history.

These past couple of years have been jarring for a town filled with reporters that cover five news beats with an inch of depth and politicos that write policy on the fly between their stints in undergraduate and business school programs. From constitutional crises, to prorogation, from censuses to potash, if Wikipedia were a publicly traded company, the government would have already nationalized it as a “strategic resource”. Hours before the announcement, many reporters were scrambling to justify their gut feeling that the government was about to go in the wrong direction on the file and approve the takeover. “Apparently potash is some kind of fertilizer made of salt,” one remarked. “‘Pawd-ash’ not ‘pot-ash’ is how its pronounced,” remarked another. When you pair understaffed newsrooms against an army of online amateur “experts” and professional rent-seekers willing to step into the void, you have a recipe for reactionary policy that grows like a weed.

The major communications challenge unmet by this government and by the movement that puts its hopes in the same is that the ground on important issues such as foreign-investment in potash has not been prepared; the studies sit on dusty shelves, the advocates recline unprepared or over-confident. In the new world of Facebook populism, where activism is made more broadly accessible, parties struggle to cultivate grassroots activism and observers sometimes fail to calibrate to measure the significance of an online uprising.

In recent memory, the government has only once prepared the ground for a key showdown on a contentious issue: the long-gun registry. But as for other issues that matter, policy has only been jarringly announced and clumsily if not sparsely advocated. And still, the government is but one megaphone for conservative issues. If conservatives want to see their values implemented in any government (whatever its name), a government that can only a plurality of votes, we must also prepare the soil.

Globally, conservatives must entrench free-market principles as the de facto standard. If protectionists were political pariahs, parties in various countries would compete over who could make the economy freer, not who could protect and reclaim the most from foreign investment. My pride in Canada should be its openness to investment and international growth, not its stagnation for the sake of the failed practice of economic nationalism. Yet, our principles cannot exist in a vacuum; our ideals face competition from special interests. Conservatives cannot believe that government should be small and with limited influence while investing their hopes on it to make transformational change. Our challenge is greater than any government; we have a lot of soil to till because until then our ideas cannot sprout in infertile ground.

Industry Minister Tony Clement will make a decision on the government’s power to block the sale of Potash Corp by Australia-based BHP Billiton later today when markets are closed in Canada and Australia – between 4:30pm and 7pm EST.

From discussions that I’ve had over the past week, I’ve learned that it is expected that the Minister will likely not block the takeover, however, if the takeover goes ahead, strict conditions of sale will be in place which may include promises to invest in infrastructure funds, heritage funds and the like.

Politically, this puts a few federal Conservative MPs in a shaky spot as 85% of their fellow Saskatchwans have expressed concern over the foreign takeover. Conservative-leaning Premier Brad Wall has already read the tea leaves and has come out strongly against the deal.

The decision comes on the heels of a bit of a scatter approach by Industry Canada under this federal Conservative administration when it comes to foreign influence in the Canadian marketplace. Radarsat-2 was blocked for sale by former Industry Minister Jim Prentice, citing the national interest, yet the Amazon and Wind Mobile decisions have suggested a openness to foreign investment in the highly regulated culture and telecommunications sectors.

If Minister Clement announces today that Potash Corp. is ready for sale, it will signal that Canada is open to business and open to foreign investment in the natural resources sector. In a time where this government has fought foreign protectionism due to the global economic collapse of 2008, this will further indicate that the Harper government is not simply paying lip service and lecturing other countries on the same. The liberalization of markets and business is a positive step forward as the global recovery has taken longer than projected. The election of a free-trading Republican House of Representatives and Senate now susceptible to filibuster also helps this cause.

As for today’s decision, the Investment Canada Act stipulates that the Minister must first inform the BHP Billiton of his decision. Until the company makes the decision public the government will be able to comment according to the law.

A very disappointing decision economically in my opinion. Politically it is the safe decision as it will save more votes in Saskatchewan than it will lose from investors. However, sometimes you just hope your government will do the right thing.

The government’s decision is “No” to BHP, however, the world’s largest mining company now has 30 days to revise its bid. This is largely a formality under the Act and a takeover of Potash Corp by BHP is not exactly viable after today.

It was widely expected among Ottawa Conservatives that while the Minister was in a tough position on the potash file, the heightened heat exchanged (and subsequent chill) between the Premier’s office and the PMO indicated that the deal was to be done and that it would be done on the principles listed above.