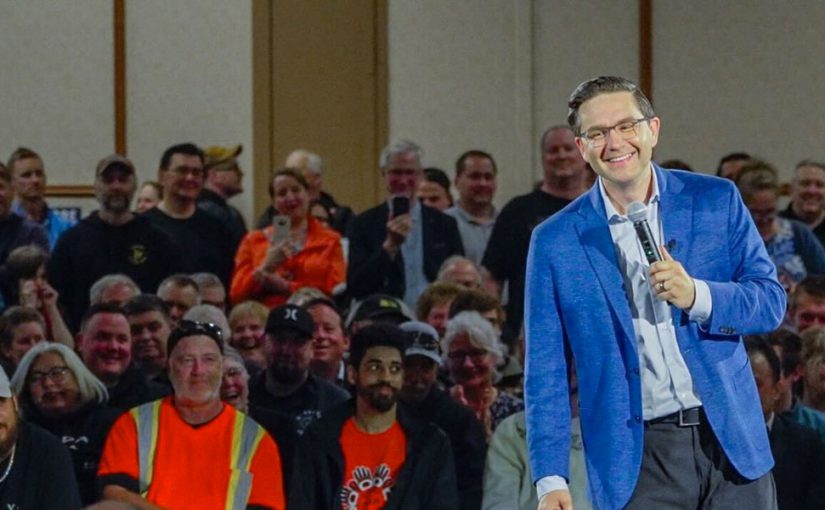 What’s the Pierre Poilievre news? Have Jean Charest and Patrick Brown merged campaigns yet? How’s Leslyn Lewis released her platform yet? Who is Roman Baber and what does he believe? Will Scott Aitchison end up endorsing anyone?

A source insider the Conservative Party told the CBC that the party expects to process over 600,000 new or renewed memberships sold by the leadership campaigns of Pierre Poilievre, Jean Charest, Patrick Brown, Leslyn Lewis, Roman Baber, and Scott Aitchison. A few of those membership will have been sold generally via the Conservative Party website during this period.

At $15 per membership, this means the party expects to rake in over $9,000,000 in revenue from this leadership race. This is a welcome winfall after spending tens of millions establishing abandoned branding exercises of Andrew Scheer and Erin O’Toole.

Campaigns will boast (and inflate) their numbers for various reasons. Some will try to establish themselves as the front-runner of the race and the candidate-to-beat. Psychologically, people like voting for the winner, so it helps to project this sort of confidence early-on. This will be Pierre Poilievre’s strategy as he’s been running a bit of a scorched-earth campaign with Jean Charest. In a ranked ballot contest, winning down-ballot support is critically important. That is, unless you are looking to win over 50% on the first ballot, making everyone’s second choice a moot point.

Poilievre’s campaign has been focused on exciting new members who have never before been active within a political party. His support of the trucker rally and position against vaccine mandates has attracted new people who have felt like they’ve been outside of the political process, while overtures to the cryptocurrency Bitcoin enthusiasts have inspired younger support. Pierre Poilievre’s principle campaign proxy Jenni Byrne has claimed that the campaign has sold 311,958 memberships. Byrne, perhaps knowing that campaigns inflate their numbers also called for transparency from the party on the process.

Jean Charest for his part will be looking to rally the anybody-but-Pierre vote. For the former Quebec Premier, that number may be large or small, but will exist given Pierre is the perceived front-runner. Charest will be banking on Poilievre to be running at under 45% on the first ballot and will hope to gather second choice support. Boasting strong second-place numbers will rally support for this purpose behind Charest. At this time, Charest’s campaign has not released their numbers.

For his part, former PC Party of Ontario leader and current Brampton mayor Patrick Brown boasted early on June 3rd, a total of 150,000 memberships were sold by his campaign with a day-long push later in the day to nudge this total higher. Brown has shown himself to be a formidable organizer in the past, shocking the Christine Elliott campaign during the 2015 PCPO leadership race – a campaign whose success was seen to be inevitable at the time. Brown has been selling memberships to new Canadian communities and hopes to diversify the party base by adding new membership to its rolls. We shall see how many of those new memberships from Brown were added versus renewed.

Leslyn Lewis is the only candidate in the 2022 Conservative Party leadership race who ran in the previous contest versus Erin O’Toole. Lewis stunned the O’Toole and McKay campaigns with a stronger-than-expected showing on the first ballot, showing exceptional strength in the prairies. She has also positioned herself as the standard-bearer of the small but disproportionately active contingent of social conservatives in the party’s base – all other candidates declared themselves to be pro-choice on the issue of abortion. Lewis’ position against vaccine mandates suggest that her down-ballot support will eventually go to Poilievre. Her campaign has not yet released their numbers.

Roman has yet to release his numerals. Roman Baber – the former PC MPP who was kicked out of Doug Ford’s governing caucus in Ontario for standing against lockdowns – will likely be a long-shot for leadership as he is not very well-known in the federal party or in the rest of Canada. Rising to national prominance on a single issue has its own shelf-life as well. However, Baber has since taken strong conservative-pleasing stances against communism and against leftwing authority, so he may surprise if he has a good ground game to sell memberships.

Finally, Scott Aitchison, has been congenial-as-a-brand during this leadership race. Hope is an emotion that spurs people to act politically, though fear and anger are stronger. And potential for change is the glue that holds it all together. Will Aitchison’s strategy help him? If he’s running #2 or #3 in this race, down-ballot support has the potential to crown him victorious. However, running at the end of the pack, as many suspect he is, may show a missed opportunity to grab more attention by taking more contentious takes on hot-button issues and personalities.

But yet for the front-runners, this post-cutoff period of the leadership race will likely see more congenial behaviour. Such a shift in tone from Poilievre may indicate less confidence on the first ballot. Candidates will also downplay their more woolly and outlandish appeals to members as they’re not able to chase any new sign-ups. The rest of this game will be about projecting a perceived position in candidate rank, and gathering that all-important down-ballot support from others; appealing to voting blocs banked with other candidates becomes all-too-important.