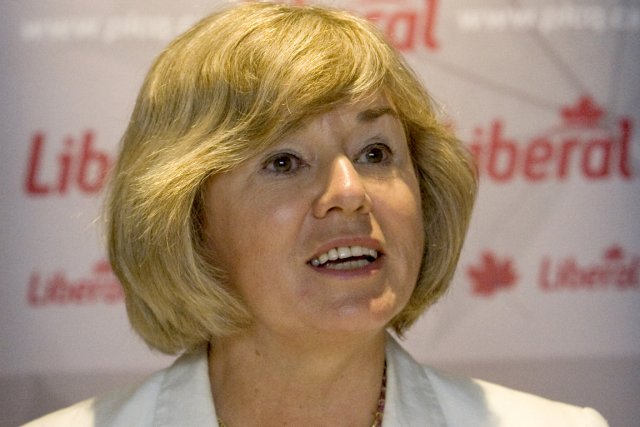 In the wake of the terror arrests in Toronto and Montreal yesterday, Liberal Senator Celine Hervieux-Payette tweeted,

Sen.Hervieux-Payette (@HervieuxPayette): #Harper wants to align #Canada with the US, wants the same republican policies: he will also get the same terrorists. #cdnpoli

Of course, this raises questions about the Liberal Party and their attitudes towards terrorism and the cognitive-reasoning skills of this senior Liberal. Only last week, hours after bombs exploded in Boston, Liberal leader Justin Trudeau failed to condemn the act of terror while musing about societal root causes, suggesting that the perpetrators must have felt “excluded”.

The Liberals have indeed become the fringe third party if they believe it is appropriate to muse about “root causes” while a manhunt is underway and before justice has been done for the victims. Mr. Trudeau believes the root cause of terrorism is social exclusion, while Senator Hervieux-Payette believes a root cause of terror is the Prime Minister of Canada.

UPDATE: Hervieux-Payette’s staffer said the tweet was meant to come from his own personal account rather than his boss’s.

#Harper wants to align #Canada with the US, wants the same republican policies: he will get also the same terrorists. #cdnpoli #security

The staffer says he “also thought he scrubbed the tweet from the Internet’s memory within 10 seconds of realizing his mistake” according to the National Post, so why wait over an hour to repost from his own account?

What also makes me doubt the staffer’s account is — as the National Post also notes — Hervieux-Payette’s on-the-record statements about US foreign policy mirrors the same sort of warped mindset in this tweet. Here she is in 2006,

“The daily massacre of innocent people in Iraq, the execution of prisoners – mainly blacks – in American prisons, the massive sale of handguns to Americans, and the destabilization of the entire world by the American government’s aggressive foreign policy, etc.”