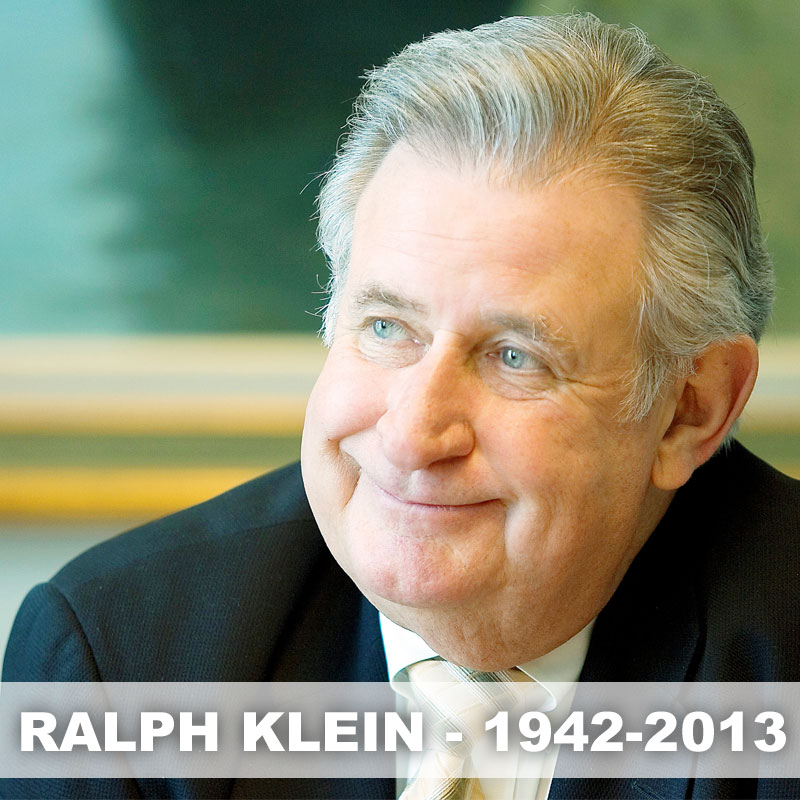 “Thank you very much.“

Lieutenant Governor Ethell, Premier Redford, Mayor Nenshi, the Right Honourable Jean Chrétien, so many guests who are with us today, former premiers from all across the country, friends and colleagues of Ralph Klein, ladies and gentlemen.

“I think we all have a little bit of understanding of what a difficult time this has truly been for you and for the family.“May God give you peace and comfort.“It is of Ralph Klein’s public service, his political career, that I wish to speak.

“You know, his story, his accomplishments, speak obviously of the great opportunities that are offered to us as citizens of this country and of this province and of this city.

“But past all of the stories, some humorous some outrageous, what we should not forget and never look past is the truly remarkable gifts and accomplishments of Ralph Klein as a person and as a leader.

“We all know how an outspoken television reporter ran for mayor and, to everyone’s astonishment, won handsomely.“In fact, he was mayor of Calgary, when I first came here.

“He became mayor just shortly before I arrived, and I have to tell you that after living in Toronto and living in Edmonton, having Ralph at City Hall was a bit of a culture shock.“I mean that in a good way.

“Because, as Mayor Nenshi said, as mayor, Ralph Klein did great things that really launched the modern era of this city: the Light Rail Transit System that so many people now take for granted, the Saddledome which was built on his watch, so many other major works, and, of course, the 1988 Olympics, where Ralph welcomed the world without any airs but with great comfort and great affability.

“We also know how, after coming out and forcefully backing the Canada-U.S. Free Trade Agreement during the 1988 election, he then moved into provincial politics and, in rapid succession, and again, to everyone’s astonishment, became a cabinet minister of course, and then the premier of the province.

“And, in that office, he also established a legacy that history is going to treat very kindly.

“That the best decisions are not made in government office towers.“That taxpayers make the best choices about how to spend their own money.

“Remember too his so-called ‘radical’ idea that Alberta could be an energy superpower?

“And that Alberta’s energy would mean prosperity for all of Canada?“Twenty years ago, those ideas were often considered radical indeed.

“But today, the wisdom of Ralph’s ideas is now widely, almost universally, accepted.“And, never forget it, Ralph Klein was especially right about that.“Alberta’s energy industry does bring prosperity to all of this great country.

“Ladies and gentlemen, once Ralph Klein’s ideas were well-planted, their fruits became his ‘miracle on the prairies’.“It amused some to call him ‘King Ralph’.“Perhaps it amused him too.

“’Welcome to Ralph’s world,’ he famously declared, the election night that he won a massive 74 out of Alberta’s 83 seats.

“But, the love that Albertans had for Ralph Klein – and I don’t think love is too strong a word – was based on something other than the extraordinarily successful management of Alberta’s finances.

“A man equally at home in the Petroleum Club, or in the St. Louis Hotel, well maybe not quite equally, Ralph had, as many have noted, many opponents, but precious few enemies.“He was affable, straightforward, and had a gift for saying what ordinary people were thinking, often in a way that made us smile.

“Asked about reducing the deficit, saving money by cutting into some very popular services and programs, he said, ‘well, you’ve got to hunt where the ducks are’.

“He knew every part of Alberta.

“And Albertans knew and respected Ralph Klein for his honesty and for his principles.

“Above all, Albertans responded to his vision of Alberta as a rock of Confederation, a vision he brought to life, the vision of a mature, forward-looking Alberta, yet one that never lost sight of the rugged values on which it had been born and raised.

“Agree or disagree, you knew where he stood.

“And so, to Albertans, he was ‘King Ralph’ – I love that phrase, you know people outside Alberta don’t get that – he was ‘King Ralph’ only in the sense of being a king-size character, but in personality and demeanor he was really to us ‘Citizen Ralph’.

“And, when he was installed last November, by the Governor General as an Officer of the Order of Canada, it was welcomed with great affection by all of his fellow Albertans.

“Ladies and gentlemen, let me just finish with this.

“Ralph Klein was faithful and true, true to himself, faithful to the people of this province, and, always, a proud Canadian.

“So, to ‘Citizen Ralph,’ we say: hail and farewell!

“Your fellow Calgarians, Albertans and Canadians will always remember you.”