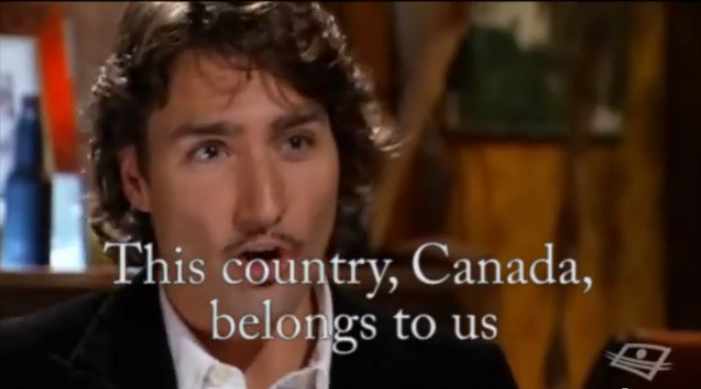 Ouch. It could not have come at a worse time for the Liberal Party of Canada, which polls say are running a close second in a by-election in Calgary Centre.

Sun News has uncovered a two year old clip of Justin Trudeau, son of the former PM and now running for leadership of the Libearal Party, saying some unfortunate and shameful things about Alberta.

This comes on the heels of comments by National Resources critic David McGuinty’s comments yesterday that the Harper government was shilling for Big Oil and that Albertan MPs have a provincial focus and should “go back to Alberta”.

Trudeau remarked that he is running a campaign to unite all Canadians but he will found that this hopeful narrative has hit a brick wall when Canadians learn about his comments.

In an interview on the Tele-Quebec program Les francs-tireurs, he remarked,

Reporter: “[we] better served when there are more Quebecers in charge than Albertans?”

Trudeau: “I’m a Liberal, so of course I think so, yes. Certainly when we look at the great prime ministers of the 20th century, those that really stood the test of time, they were MPs from Quebec… This country – Canada – it belongs to us.”

The Calgary Centre by-election is in 4 days.

UPDATE: Justin Trudeau’s campaign has reacted to the story in an emailed response to reporters,

“The Conservatives are using out of context statements made years ago in a long interview. They are clearly concerned that they are losing the by-election in Calgary Centre and are resorting to smear campaigns to stop their slide.”

“Justin knows that Calgary, Alberta and all of western Canada are at the very heart of Canada’s future. That’s a message he has taken to every part of the country, from the beginning of the campaign. We need to get beyond the divisive politics of the Conservatives and include all Canadians.”