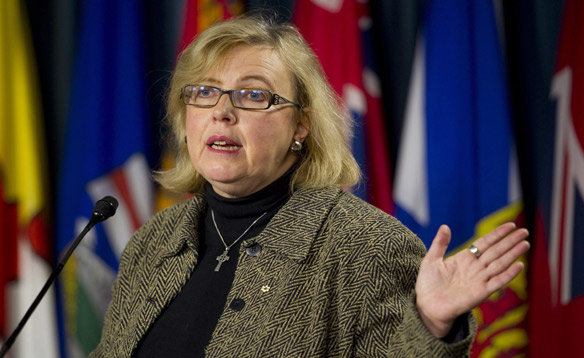 Flying thousands of kilometers for most to attend a convention on Vancouver Island in Elizabeth May’s riding, to listen to a former NDP MP and Liberal MP ought to leave a few Green Party members wondering what exactly they’re doing in that political party these days. Some former Green partisans have just it off as The Elizabeth May Vehicle.

We’d like to know when Elizabeth May will formally announce her intentions to seek the Liberal Party of Canada leadership.

SIDNEY — The Saanich-Gulf Islands riding association is proud to host the 2012 Green Party Convention in Sidney, BC, this weekend, August 17-19th, 2012 and welcomes tremendous speakers.

“I’m so pleased to have the Convention in my home riding, welcoming Greens from all over Canada to this beautiful part of the country, “said Green Leader Elizabeth May and Member of Parliament for Saanich-Gulf Islands. “And we look so forward to our special guests who will share their insights with us.”

Independent MP Bruce Hyer to speak about his experience in Parliament as an environmentalist Saturday morning (August 18th, 9:00 am PT)

Elizabeth May will give the keynote address Saturday evening at the Gumboot Gala (August 18th, 5:00 pm – 9:30 pm PT)

Green Parliamentarians from around the world will share how Greens have been effective around the globe (Sunday, August 19th, 10:15 am to 11:15 am PT)