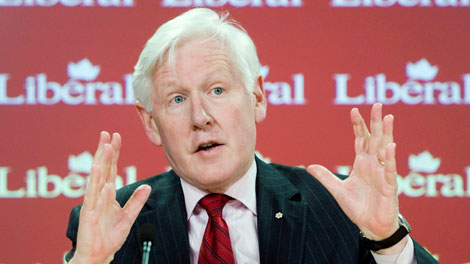 And good for him. Today, the interim leader of the Liberal Party, the past leadership candidate for the same, and the former NDP Premier of Ontario announced that he won’t be seeking to make his current job permanent. No, Rae will not run to be leader of the Liberal Party and carry the Grits into the next election. In the end, he kept his word that he would not run, despite the fact that the party executive was ready to bend space and time in order to allow it.

Why did he dance and skate, as he remarked, through so many scrums and interviews on his leadership intentions? Perhaps Rae recognized that despite its legacy status, Parliament’s third-place party had an uphill battle when it came to generating news coverage for its activities and positions taken in the House of Commons. If Rae were perceived to be a “lame duck” leader with no clout, the press would have just passed over him knowing that any of his pronouncements were temporary at best or lacked legitimacy at worst. By leading everyone on until now, it is certain that he was able to shine a brighter spotlight on his party.

It won’t surprise you to hear that we at the National Citizens Coalition think that Rae made the right decision. While we do wish him well in his future life, if Rae were to become Prime Minister, it would have been a nightmare scenario. During a recession in Ontario, Rae worsened the province’s standing rather than improved it. The NDP has always feared Rae because of his cross-partisanship and ability to draw socialists and centrists together. A Rae leadership would have done more to unite the parties of the left. Even this week, Rae and Mulcair were singing from the same songbook when it came to bailing out Spanish banks and the Eurozone with Canadian cash. Throwing good money after bad is a hallmark of the worst in fiscal management. As Europe seeks to discredit capitalism by rescuing bad investments, flattening risk, increasing sovereign debt while thumbing their nose to calls for spending restraint on entitlements, an amalgamated Canadian left within striking distance of power would only embolden and encourage these instincts at home squandering our hard-won advantage.

But Rae as Prime Minister, or now that he’s out, any Liberal for that matter? That is indeed projecting far into the hypothetical future. Indeed, the Liberals haven’t even found their foothold yet to rebuild their party to challenge the NDP for opposition status. But yet, that is the next task that they face. Rae’s exit will allow an open and fresh leadership race that won’t likely be haunted by any phantoms from generations-past. Granted, Justin Trudeau’s name carries a lot of baggage west of Ontario (and in Quebec) but with Rae out, we will likely see full generational change in the lineup of Liberal contenders.

This will excite some Liberal partisans because the Liberal Party will be a blank slate, without foundational policy to anchor it in any way or another. This will also be to the benefit of other parties that will easily define the Liberal Party for their purposes as well.