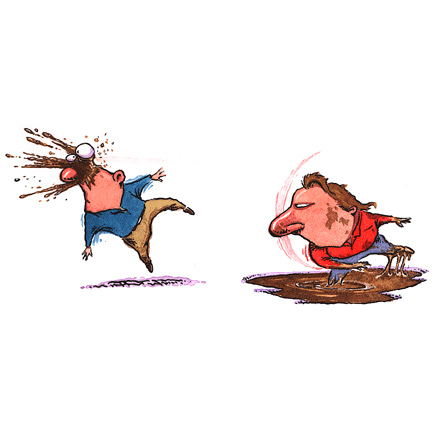 Well, that didn’t take long. After Alberta Premier Alison Redford promised a few days ago to run a positive campaign, this tweet from one of her staffers regarding Redford’s chief political opponent Danielle Smith from the Wildrose Party,

Amanda Wilkie is listed as the Executive Assistant to the Executive Director of the Office of the Premier (Southern Alberta Office).

Redford says recently, on what she says “must have been a particularly heavy day,” she thought about the speech Premier Ed delivered when he threw in the towel. At the time, Stelmach warned of a “profound danger” that this very election would focus “on personality and U.S-style negative attack politics.”

“He was very specific about that and he was very right,” says Redford, calling this “a pretty emotional time right now in Alberta.”

This latest campaign gaffe comes after the PCs were accused of push polling — Smith’s own father was even allegedly a target of the tactic.

Alberta politics is getting a bit nasty. And as for Wilkie’s tweet? She later apologized,

March 31, 2012 (Calgary, AB): Today Wildrose Leader Danielle Smith issued the following statement in response to comments made by a Staffer in Premier Redford’s Calgary office regarding the Wildrose Family Pack.

“In the last day the question has been raised about why I don’t have children of my own. When David and I married in 2006 we intended to have children together. After a few years we sought help from the Calgary Regional Fertility Clinic. I appreciated the support and assistance of the caring staff as we went through tests and treatments, but in the end we were not successful.

“I consider myself very fortunate to have a terrific stepson, Jonathan, David’s son from a previous marriage. I am also blessed to have grown up in a large family with four siblings who have given me the opportunity to be the auntie of 5 terrific nieces and nephews: Emily, Sam, Chloe, Seyenna and Logan.

“Family is very important to me and I consider this to be a very personal matter. I will not be commenting on it further.”

“Alberta is made up of all types of families. Each one has a story. Each one is unique. There is no one type of family that is more authentic than the other.

Last night, a tweet was sent that was entirely inappropriate. It was hurtful and does not reflect my values nor those of my campaign in any way.

Once I became aware of the tweet, I called Danielle Smith immediately. I look forward to speaking with her privately.

The young woman who authored the tweet has resigned from her position. From that action I know she understands the gravity of her actions.”