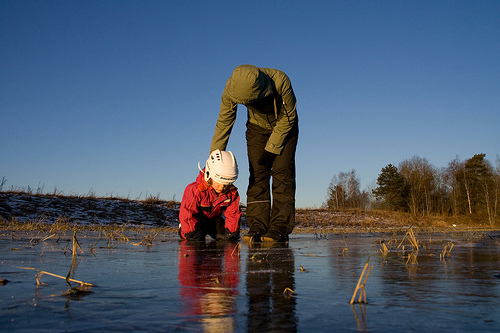 It’s January in Ottawa and it’s freezing cold. Parliament is on break and the next major political event scheduled is the federal budget. The Ottawa Convention Centre is a warm place and there’s not much else to do.

For a party in third place in the House of Commons, Liberal organizers will tell you they are pleased by 3200 registered delegates who are attending their biennial convention in this temperate refuge from their harsh environs outside of these walls.

There is also a large contingent of media that have gathered to huddle with the Liberals. Perhaps there really is nothing else to do, or that the Liberal Party is on the verge of a national comeback, or they’re doing something really important like electing a new policy chair and party president. Or something.

So why is there so much interest in the national media for the down-and-out Grits? Why is the meager battle-royale of party presidential candidates Sheila Copps vs. Mike Crawley garnering more press than say the ongoing leadership race of the Official Opposition NDP? What’s the big fuss?

“The death of a party is always news and seeing a zombie rise would also be a big story,” Sally Housser, deputy director of the NDP, rationalized tongue-in-cheek.

The Liberal Party is the Toronto Maple Leafs of Canadian politics. You’ve always heard your parents talk about their glory days, even your grandparents will tell you about the mighty unstoppable Leafs. Yet the team hasn’t won in a while and fans suggest in response that it’s the “rebuilding” phase. They’re the Central Canadian Establishment’s hometown favourites, and yes, the CBC swears that this year there will be a parade down Yonge street.

Will Liberals get boarded when they leave the convention for having a weak game with little to show for their efforts? Or will the media allow this storied team skate because everyone likes a good comeback?