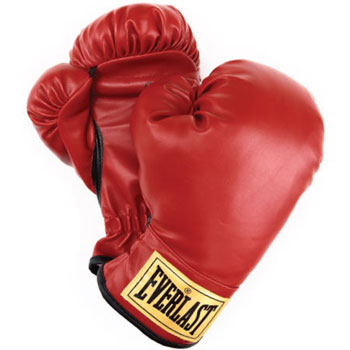 The Ontario election is well underway in my home province and it looks as though it’ll be a rough-and-tumble time as we get to the first week of October when Ontarians cast their ballots for their next provincial government. The polls are tightening up and the attacks are getting more and more vicious as we get down to the wire.

Public policy proposals have also been moving out of the war-room doors and as a political consumer, this is welcome to me. Elections based upon cults of personality are guilty pleasures in snack-sized proportions, but policy-based elections will fill your plate. Whether they’ll leave you satisfied at the end of the meal is another story, however.

So far we’ve seen two major policies proposed that have captured the public’s attention: a Liberal proposed $10,000 tax credit to businesses to hire new Canadians and a sex offender registry suggested by the PCs.

On the surface, encouraging the timely integration of new Canadians into the workforce is a good idea and one cannot fault the intent of such a program. However, when government makes choices such as this it comes at the benefit of one group and at the expense to another. In effect, with public money, the government is assigning winners and losers. Now, government does this all of the time with tax credits but this is a hefty one and one could say cynical as it discriminates based upon national origin. Indeed, section 15 of the Charter promises equality rights for Canadians based upon a number of criteria including national origin. It states,

From this, one would properly conclude that a program that favours one over another based upon when they came to Canada would be in violation of s.14(1) of the Charter. Affirmative action at the end of the day discriminates. Yet, Trudeau hedged and included s.15(2) which reads,

(2) Subsection (1) does not preclude any law, program or activity that has as its object the amelioration of conditions of disadvantaged individuals or groups including those that are disadvantaged because of race, national or ethnic origin, colour, religion, sex, age or mental or physical disability.

So, affirmative action is Charter proof as we can see. But doesn’t the special benefit for a “disadvantage group” at the expense of another create disadvantage for this other group? Doesn’t s.15(1) protect us from s.15(2)? Professional lawyers and pundits will chew on this for many more years to come!

But at the end of the day, affirmative action is cynical because is disadvantages one group for the amelioration of another. Best just ensure a level playing field and equal treatment under the law without coarse government adjustments in a system that rewards pandering.

Experience shows that police need enough information so they can act quickly when investigating the abduction of a child for a sexual purpose. Of those victims who were murdered:

Recognizing criminal threats is important for police services. Those that have violated the law in the past should be well-known to police. But to the community at large? Opponents of Hudak’s proposal will suggest that residents will exercise vigilantism putting sex-offenders at risk. Yet, when you consider the inverse of the argument, policing is not done in a vacuum with the blue and white, and any officer will tell you that their job is very much aided by the community they serve. The inverse suggests that the risk posed to sex-offenders by law-abiding citizens is greater than the risk that sex-offenders posed to their community. Information is vital to the security of a community and as for the healthy re-integration of a sex-offender into society, perhaps it is also helpful that more than the police are looking out for possible danger signs.

What is especially troubling is the argument that suggests that a ex-con and potential threat to a community has a right to privacy. Similar arguments have been forwarded by some federal bureaucrats with respect to persons sought by Canadian Border Services and by other persons seeking selective coverage in the national media about their ongoing legal (and criminal) troubles with the government while using the Privacy Act to hide the shady parts of their story from the forum of public opinion that they have themselves sought.

How do you think the Ontario election is going? McGuinty’s message is “Forward. Together.” which expresses social collective progress in an incumbent’s tone. Hudak is emphasizing the message of “change” which has been a theme on the minds of many Ontarians lately. An interesting strategy of the McGuinty team has been to engage the NDP and wedge with them giving them promoted status as agents of “change”. The NDP is unlikely to form any government as a result of this election, however, there are PC-NDP change-seeking voters that exist and McGuinty’s war room is making an interesting play muddying the waters there.