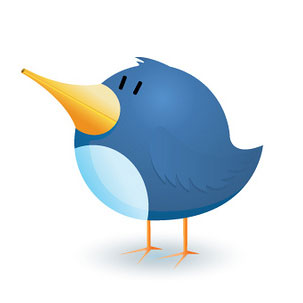 During the London and UK riots last week, many commentators — myself included — wondered about a social media shutdown and mobile shutdown in affected areas. As the riots were coordinated and congregated via Twitter, Facebook and Blackberry Messenger why wouldn’t a society moving to enforce the rule and law and restoreorder to its street hit the killswitch on certain websites and mobile services?

To begin, the United Kingdom is a democracy which embraces 800 years of rights stemming from the Magna Carta. In distressed countries where democracy is fragile and non-existent, the use of social media has been a welcome boon for those wanting others to hear their voice.

When citizens are able to cast ballots, they are much less likely to cast stones. Indeed, in 1962, President John F. Kennedy said in an address to the diplomatic corps of Latin American countries,

The ability to speak freely — and the use of one’s preferred forum to express it — is a safety valve that allows a diversity of views to co-exist in a society. Clamping the valve and shutting down vocal expression can cause the manifestation of expression to be violent instead.

The United Kingdom isn’t a dictatorship and one is virtually free to speak, even via Twitter. The threat by Prime Minister David Cameron to shutdown social networks to restore order would set a terrible precedent. It was reminiscent of the absolute power practiced unblinkingly by governors in Libya and Saudi Arabia.

What of the use of the social media to co-ordinate clean up efforts, civic responsibility, and even rescue? On the other side, what consequence of discarded freedom to restore order more obvious than the unchecked abuse of those restoring the order?

It has also been argued elsewhere that tabloid television and 24 hour cable news do much to sensationalize and disseminate information that encourages disorder rather than restore or maintain it. Accessible, instantaneous, and compelling information is not only biased to lead when it bleeds (or burns) but the regionally and temporally disparate can all-to-often seem local and immediate, causing panic.  Television blackouts are common in China for example, where a recent train crash prompted crackdown of Chinese media which could have seeded criticism of the government. China fears the disorder that could be caused by government criticism. What happens when instead of restoring order via censorship, government looks to preemptively maintain it by doing the same?

In all circumstances, speech is like water that runs downhill. Attempts to halt its progress will only create new channels and the more than is done to dam it, the more catastrophic the breach.

Instead of trying to shape a new reality, policy makers must recognize and work with the reality that exists. Wisely navigating social media channels can be an advanced and immediate tool for law enforcement while hitting the killswitch will have unintended consequences. And yet, while information control can create a mollified populace, it can also breed ignorance. When we have more information and a more unfettered ability to communicate it, the lower the potential there is for our own societal self-destruction.