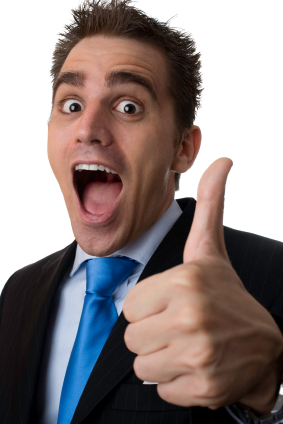 The Globe and Mail:

Only Stephen Harper and the Conservative Party have shown the leadership, the bullheadedness (let’s call it what it is) and the discipline this country needs. He has built the Conservatives into arguably the only truly national party, and during his five years in office has demonstrated strength of character, resolve and a desire to reform. Canadians take Mr. Harper’s successful stewardship of the economy for granted, which is high praise. He has not been the scary character portrayed by the opposition; with some exceptions, his government has been moderate and pragmatic.

In other words, if the Tories do not get a majority, we could end up with a government led by quasi-separatist socialists, propped up by full-blown separatists and leavened by a rudderless Liberal party in a state of leadership flux. No one has any real idea what such a government would look like. And so the only way we can guarantee stability is if the Tories win at least 155 seats

The New Democrats have been reinvigorated under the leadership of Jack Layton. After Monday, they may well challenge the Liberals as the principal national standard-bearer for the roughly two voters in three who disagree fundamentally with the course charted by the Harper Conservatives. Progressive voters should give them their support on Monday.

If a Harper majority is not achieved, however, we shudder at the destructive path Michael Ignatieff’s Liberals or Jack Layton’s NDP — alone or in cahoots — will take by refusing to address the over-sated public service, refusing to reduce taxation, and then pushing the deficit to truly unaffordable heights.

In light of how this election campaign has unfolded, and what it has told us about the strengths and weaknesses of the parties and their leaders, it appears the optimal party to form a majority government is Stephen Harper’s Conservative Party. During the five years they have held minority office, the Harper Conservatives have been rightly criticized for a panoply of failings, including Harper’s rigid centralization of power in the prime minister’s office, his government’s excessive obsession with law-and-order legislation and prison-building, and its insufficient concern with climate change and green energy development. However, the Conservatives have kept Canada on an even economic keel to the point where, in this post-recession world, its economic indicators are among the most positive on the planet. Furthermore, the Conservatives are the only party likely to have strong representation in all regions of the country, a highly desirable feature of a national government.

Canada needs political stability to grow its economy and sort out its affairs, particularly its finances and soaring health-care costs. The most certain way Canada will get the stability and policies it needs now is by electing a majority Conservative government on Monday.

This election, The Spectator’s editorial board feels closest to that latter group. We believe Stephen Harper’s Conservatives are the best and most logical choice to form the next government of Canada. But we come to that conclusion not easily, not with great pleasure, and certainly with some trepidation.

Canadians on Monday will once again be asked to make a decision on who should govern this country and it’s a chance once and for all for the minority status of the Stephen Harper government to end.

Harper is not lovable or sexy, but he deserves a majority and a chance to lead the country to a complete economic recovery and beyond— a recovery that his government is partly responsible for and which is the envy of the industrialized world.

Also, it’s time we were able to judge the Conservatives by what they actually do with a majority, rather than by what opponents say they’d do. The betting here is that a wish to be re-elected in four years would keep the “hidden agenda” hidden. But either way, in four years we’d be able to vote based on reality instead of supposition.

Much of the resistance to a Conservative majority is based on the perception that it’s something to be feared. But it would be foolish to let ephemeral, poorly founded fears stampede us into an embrace with positive risks to our prosperity.

The Conservative government has given Canada a leading role on the international stage, especially its speedy and generous response to the earthquake in Haiti and participation in military interventions led by the United Nations and NATO. Under the Conservatives, Canada has taken a principled stance on foreign policy issues, a dramatic departure from the “soft power” dogma of the Liberals.

As you prepare to cast your ballots, consider what the Conservatives have provided in terms of economic stability and growth. Assess how having Tory MPs in Ottawa can strengthen our region even more. We believe the choice is clear. A majority Conservative government works for Windsor and Essex County.

The Economist, like many Canadians, would be relieved if there were a better alternative to Mr Harper. But there is not.

While Prime Minister Stephen Harper and his Conservative government have made several well-publicized mistakes during their tenure, we still believe they are the best choice to provide strong leadership through the uncertain times that lie ahead.

We call on Canadians to vote for a Conservative majority government on May 2 – and we think the federal influence of Torontonians is in peril if there isn’t a smattering of Tory blue on the city’s election map once the election is over.

It is not the policy of The Suburban to give endorsements in every election. But we feel endorsing the Harper government in this election has an import equal to our endorsement of the Equality Party in Quebec and the strong positions we took in both referendums.we believe this Conservative government best reflects Canadian values, provides robust leadership and is the best defender of a united Canada.

Canada, is seems, is destined for another minority government. We believe the most prudent outcome is that the Conservatives remain at the head of that minority.

When we weigh all the options, we conclude that despite their abundant flaws, the Conservatives, with their experience and vision, would be best for this country.

It’s time for Durham Region — and voters across the nation — to choose stability and provide Mr. Harper’s Conservatives with the coveted majority they have been patiently building towards since 2006.