Take a look at two editions of today’s National Post. 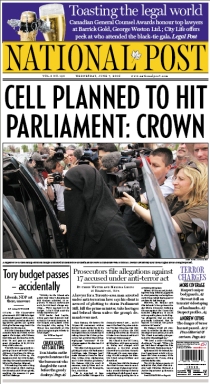 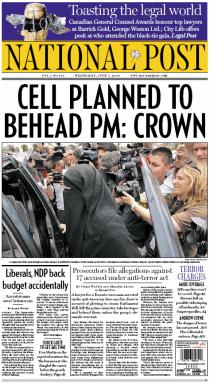 The front page on the left was the early draft and the one on the right went out as the final version.

Both headlines describe two facts that were known late last night when the paper went to print. The second headline personifies the terror and is more specific and clear while the first is also very shocking but more vague than the final edition.