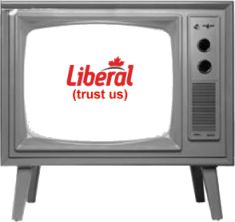 The Toronto Star has a report this morning about the Liberal strategy for the upcoming election. As I’ve said before, the Liberal strategy is going to be to play Paul Martin. According to the Liberals, the upcoming election is going to be about one thing: the Rt. Hon. Paul Martin. The Liberal Party of Canada will be aiming to capitalize on his apparent title: Right Honourable. The Conservative Party has been attempting to find evidence that Mr. Martin has indeed dipped his hand into the so-called honeypot. For the most part, the Tories have had different levels of success. No smoking gun yet, as they say.

So the Liberals are going to run their front man out-front where he stands 20 points ahead of his embattled party. Starting next week, the PM is to appear in a television ad campaign, to prepare the “down but not out” and “damaged but not busted” “Liberal machine” for the next election which is expected in May or June.

The timing of these advertisements indicate that the Liberals are set to charge right through their scandal before its settled in the minds of the Canadian electorate. The past two weeks of testimony have merely raised more questions than have been answered. Ralph Goodale’s budget even raised revelations of a previously secret $100 million Liberal slush-fund (or honeypot, as Conservative MPs are calling it).

A spring election? How could they!?

Therefore, the Liberal plan is to seek power instead of principle as they ask the Canadian public, not yet informed, for another mandate.