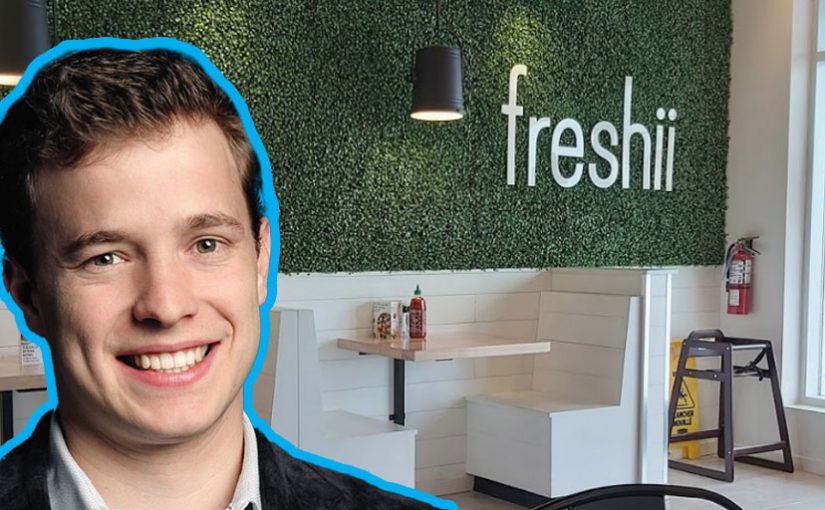 WE Charity co-founder Marc Kielburger has resigned from the Freshii board of directors according to a press release put out by the company yesterday.

Freshii is a fast casual dining chain of restaurants founded by Matthew Corrin. Freshii’s menu features wraps, bowl, burritos, salads and is targeted toward the health-conscious consumer who is concerned about nutrition and calories.

The company markets itself as a health and wellness brand. In 2014, Freshii partnered with WE Charity and donated meals to villages and a portion of proceeds from each entree to the charity founded by the Marc and his brother Craig.

The Kielburger brothers have been wrapped up in scandal as the two have tossed their network of charities, social enterprises, and real estate corporations into the mix of national politics.

The Trudeau government signed a single-source contract with the WE group to dispense close to $1 Billion earmarked for COVID19-relief to Canadian students via the Canada Summer Student Grant.

The scandal is that the WE group has paid members of Prime Minister Justin Trudeau’s family close to $500,000 since 2015 when he became Prime Minister.

It was also revealed that Finance Minister Bill Morneau and his family took two luxury vacations that were paid for by WE in 2017.

As the PM and his finance minister approved the WE contract at cabinet, the opposition members in Parliament have argued that this amounts to a significant conflict of interest.

The WE group also neglected to register to lobby the government of Canada at the time. They have done so recently and now appear in the lobbyist registrar – their registration dated retroactively – to describe multiple communications and points of contact.

The Kielburgers remarked during their testimony that they have a staffer responsible for government relations but that she had other duties. Opposition MPs argued that this hardly negated any obligation WE and its affiliates may have had to provide such disclosure.

In the Freshii release, the company notes that Marc Kielburger is leaving the Freshii board for “personal reasons”. The release also notes that Freshii’s financials took a hit last quarter due to the global pandemic and posted a net loss of $525,000 and closed 40 underperforming locations in Q2.