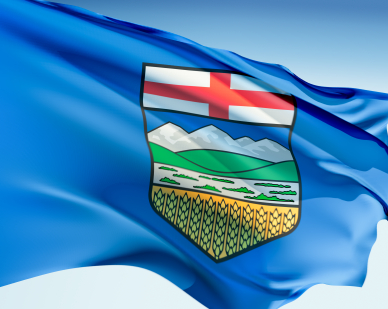 Another poll shocker from Campaign Research today as their latest tracking poll shows the Wildrose Party in Alberta up by 17 points over the PC Party.

You’ll remember a week ago that Campaign Research first released their poll via this website and had Wildrose up by 9 points while other pollsters had the PCs tied with Wildrose. In the following days, other pollsters caught up to confirm the 9 point lead.

Now, this poll show’s Danielle Smith’s Wildrose up by 17 points.

Unless you are paticularly ill with a case of alberta politicitis, you probably can’t place the name Rob Anderson, Heather Forsyth and Dave Taylor. But for those of use stricken with the ailment, these names are near the top of our minds.

Today Dave Taylor, a Liberal MLA from Calgary, held a press conference to declare that the provincial Liberal party doesn’t excite him or the province anymore and that he figures his constituents will be served better if he sits as an independent.

Earlier examples of party defection this year came from PC MLAs Rob Anderson and Heather Forsyth who crossed the floor to join the Wildrose Alliance, a party enjoying great poll numbers since it elected its new leader Danielle Smith.

Three makes a trend and the current trend the is realignment of Alberta politics. For small-c conservatives, it has the first blush of a coming family feud, for Liberals it presents a stark reality of being pushed out the doors while the battle for the province’s top prize is done within the forum. Taylor is predicting the spotlight shift and seeking to appeal to his constituents on his own brand.

As for the family fued, about two months ago I asked Smith about the metric for success for the new Wildrose. She remarked that bringing the PCs further to the right would mean success for her party, but joked that it was a bit early to talk about a “united alternative”.

If the trend continues, it may yet echo a similar scene seen federally under the tenure of Stock Day when he was leader of the Canadian Alliance. Missteps in leadership at the top had MPs in flux between parties and pseudo-parties in the Canadian House of Commons. Dialogue that transpired between members of the (rebel) alliance and the PC in those days helped forge a path for merger.

These events also occurred within the context of a bitter decade-long divison between conservative traditions. I asked Monte Solberg about this and he explained, “after several election losses the logic of uniting the federal conservative parties became so overwhelming that it even overcame the petty resentments between our parties, and they really were petty.”

For conservatives in today’s Alberta, the PC Party of that province represents their vehicle for power while the Wildrose projects their ideological core. The question becomes, will the Wildrose become a viable vehicle while maintaining conservative values or will the PC Party shift right to maximally capture Alberta’s political realignment?

One factor which will significantly determine this outcome is organization. While PCers have long grumbled that their problems stem from the top in the Premier’s office, the Wildrose’s challenges stem from some of the senior grassroots of the organization. The party has taken big steps to address this in recent times, seeking to professionalize its executive tier with recent hires, however, some of the old guard of the previous incarnation of the party — those that sit on riding executives — still call many shots from the “this is how we’ve always done it” perspective. Smith and her new pros must balance their ambition of creating that viable vehicle with grassroots demands of the party while being mindful to embrace grassroots ideology while eschewing tired tactics and strategy presented under the guise of the same.

If Dave Taylor had seen long term viability in the PCs for the big debate that is yet to come, he probably would have joined the PCs — the caretaker party that has governed the provice for the last three decades. Though, perhaps his reluctance is a sign that the party is indeed shifting right to meet the Wildrose’s challenge. For the Liberals, their longterm viability has never been apparent. Again, Solberg: “The problem in Alberta is that the Liberals are so weak that at this point a conservative vote split wouldn’t make a huge difference. I doubt very much that Taylor is leaving because Liberal fortunes are improving. Vote split or not the Liberals are in very sad shape.”