News that is late-breaking tonight suggests that Liberal MP Dominic Leblanc will drop out of the Liberal leadership race and endorse Michael Ignatieff. It is rumoured that Leblanc will provide Ignatieff with an additional nine members of the Liberal caucus in what is shaping up to be a backroom leadership election by caucus. Leblanc’s move over to the Ignatieff camp should be smooth for Leblanc supporters as some senior east-coast Liberal organizers who were initially eyeing Frank McKenna for the top job of that party chose Leblanc instead. New Brunswicker Steve McKinnon, who would have backed McKenna has blazed charted the waters for martime Liberals to sail over to Ignatieff.

This late development means that Bob Rae, who is beating a path coast-to-coast promoting the coalition concept, finds himself further behind now that Ignatieff enjoys an even more comfortable lead among caucus colleagues. Somewhat ironic is the fact that the coalition deal was struck out of a sense of urgency (or opportunity) to topple the Harper government and that this sense of urgency is also driving the Liberal party to select a leader via caucus selection. Strategically, Rae should now advocate for a period of Liberal introspection, an abandonment of the push to a coalition with the Bloc and to have a real (yet delegated) full-blown leadership election. As it stands, Rae would fare worse under the urgent scenario than that which allows the Prime Minister to stay in power for now.

And why not? Some time for the Liberal party to heal might do them some good. Joining up with the NDP erodes the brand of both parties and upsets each ideological base. True, those that seek power despite principle would rather see Stephen Harper evicted from 24 Sussex tomorrow. However, for the longterm livelihood of the Liberal party they ought to take some time out to rebuild, to fundraise and to craft an original policy platform – one without the word “shift”.

If Michael Ignatieff does assume the helm of the Liberal Party through caucus selection, the January throne speech/budget combo should pass through Liberal abstention. Poll numbers are showing poor support for a Liberal-NDP coalition and Ignatieff himself has never been warm to the idea of coalition. Besides, don’t you get the sense that Iggy is the sort who plays the long game rather than leaps before he looks? A number of Liberals in caucus have privately expressed concerns over the coalition proposal and most scenarios of how a coalition would play out are unknown and therefore should be somewhat worrisome to most.

For Mr. Dion, the coalition concoction was to be his magical elixir which promised new life. Realistically, his leadership prospects have been long dead. For Mr. Rae to avoid a quick demise, he should insist upon a delegated leadership election as planned meaning that the coalition ought to be on hold for now or done like Dion. 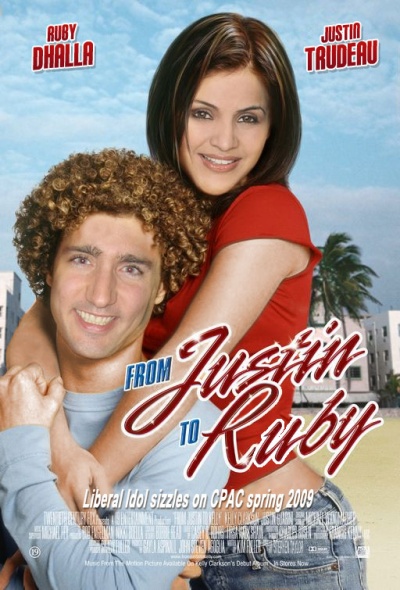 The word late tonight is that either Frank McKenna or Dominic Leblanc will be entering the race to replace Stephane Dion as leader of the federal Liberal party. McKenna has stated to friends that he’s not particularly interested at this time, and I’ve learned that McKenna feels that with the economy in its current shape, he doesn’t want to challenge Harper in the current economic climate (in other words, he doesn’t want to strike at the confidence of Canadians by challenging the PM’s direction on the economy as the head of TD Bank). A partner at McInnes Cooper, McKenna’s former law firm has confidence that McKenna will enter the race, however, others have told me that the former New Brunswick premier will not be leaving the corporate sector to rebuild a party’s finances and ideology from the ground up.

This is good news for Dominic LeBlanc, who covets the top job of Trudeau’s party. LeBlanc would have likely deferred to McKenna if the elder New Brunswicker wanted to throw his hat into the ring. However, with McKenna not interested in the top job, this clears the way for Leblanc. If Leblanc enters the fray, I’m hearing that he’ll have the support of Justin Trudeau and the organizational muscle of Paul Martin’s team. Martin’s braintrust includes Liberal Party heavyweight Steve MacKinnon, who is close to McKenna. An alternative theory is that Leblanc is entering the race on McKenna’s behalf as a stalking horse to build the organization and team for a late entry by the former Premier.