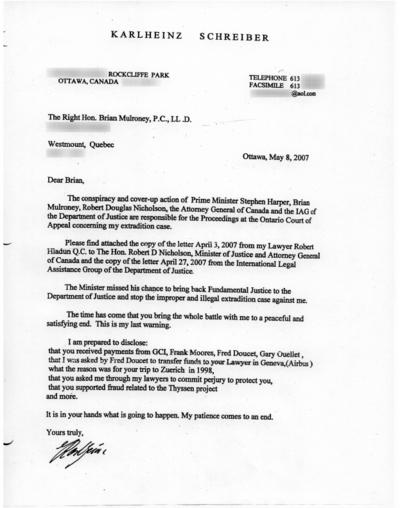 Well that was quite a night. I went out with some friends in downtown Ottawa just to relax and follow results as they came in via Blackberry. I didn’t care to watch much of it on television, because for me (and most) the contest was a forgone conclusion.

Prior to election night, a reporter from Macleans had emailed me to ask for my thoughts on why Tory ran from the record of Mike Harris and Ernie Eves and the Common Sense Revolution. Here was my reply:

“During the debates, John Tory emphasized that he’s a “Progressive” Conservative indicating that he wanted to put some distance in the minds of Ontario voters between the successful federal Conservatives, the more solidly “Conservative” government of Mike Harris and John Tory’s own campaign.

Running for premier, in his literature, Tory’s “John Tory” logo features a prominent “Tory” in blue with a red “John” above it perhaps to indicate a more “progressive” and “red” tory.

There is a strategy to this of course. [For Tory’s strategy] this election is about replacing the incumbent Liberals whom the PCs fault largely on McGuinty’s broken promises and not so much on any ideological chasms which may exist between them. Therefore, a “smooth” replacement strategy was obviously formulated to simply replace Liberal with PC without making too many waves. Since John Tory is more “progressive” by nature, the strategy could have been a good one if Tory kept the election focused on McGuinty’s governing sins rather than new controversial PC policy initiatives.

Perhaps Tory sought to hide the Harris/Eves record because the Common Sense Revolution made so many waves in Ontario (good or bad waves depending on one’s perspective). I believe that Tory wanted to run for premier without making too much of a disruption because people associate the turbulence that would follow with Harris/Eves conservatism and particularly the CSR. Perhaps [initially,] Tory recognized that there wasn’t a huge cry for policy-based change in the province, but rather a desire to punish McGuinty’s lies.

Of course, my perspective is that at the time of the Common Sense Revolution, such waves were positive for much needed change. In fact, Harris received a decisive second mandate from the people of Ontario for following through on his promises. The people of Ontario respected and appreciated Harris’ focused vision for government and the province needed new direction. Ontario was left adrift by Bob Rae and the NDP and it needed to get some wind back in its sails.

In this current election, with Dalton McGuinty at the helm, it seemed that the good ship Ontario wasn’t necessarily looking to change course, but rather would have preferred to simply turf the captain overboard. There wasn’t a desperate need to chart course out of rough waters and instead of focusing on the simpler task of dispatching McGuinty, Tory gave the wheel a hard spin into the storm…

Nobody needs a degree in punditry to know that it was the issue of faith-based education and the public funding of religious schools that lost John Tory the election. However, it was surprising that Tory didn’t appreciate this before he decided to drop it on us in the middle of an election campaign. If one takes the time and effort, one can understand what Tory was proposing with respect to public eduction and realize that the Conservative leader’s proposal was inclusive and a move towards public education rather than exclusionary and privatizing as the Liberals had framed it. The issue was too complicated for some passive electors and was easily misinterpreted if not studied for more than a minute. The fact that Tory mused that “evolution is just a theory” when defending his policy didn’t exactly help communicate the issue in defensible terms. Tory couldn’t have given the Liberals a bigger opening.

There is also an important lesson to be learned here for future elections. Kim Campbell famously remarked that “an election is no time to discuss serious issues.” Ironically, John Tory managed Campbell’s ill-fated election campaign. Further, to the people of Ontario who have generally been reluctant towards Conservatives talking about “faith” and issues related to “faith” in the past, Tory should have realized that he was walking into a minefield. For a Conservative, juggling public policy in one hand and religion in the other can be disastrous if not done properly. Earlier, I wondered how faith-based public funding of eduction might have been perceived differently if the Liberals had proposed it instead. Here’s what I wrote on Macleans.ca on October 2nd:

“One wonders if it would have been embraced as an “astute measure to recognize and embrace the growing multicultural diversity in the province of Ontario”.

“An Ontario politician wanted to increase the breadth of public education, you say?

“Poor Tory shouldn’t have led with “faith-based” as this can be a red flag to swing voters in Ontario, especially when it comes from a conservative. Tory should have rather communicated with the de facto parlance of our times: “multiculturalism, diversity, fairness, and equality” if he wanted to sell his policy.

“And… he should have made this about other special schools including French immersion schools, technical schools and arts schools. It appears that he tried instead to handle religion as a wedge and it is religion that wedged him out of the running.

“Finally, this election should have never been about John Tory. Canadians tend to de-elect their leaders rather than elect them. McGuinty had a perfect target on his back with respect to his record on the truth. Tory should have kept striking at it until October 10th.

In fact, this brings up an important strategy that I believed Tory missed. Concerning “changing the channel” mid-campaign, the Conservative leader should have called McGuinty a liar in various contexts during the debate in order to grab headlines and push the theme around McGuinty for the rest of the writ period.

“You lied to the people of Ontario…”

This manner may have been uncharacteristic for Tory but it would have done much to change to shift the focus back on the incumbent. News shows would have clipped the debate on every mention and would have created a montage of Tory on the attack, and newspapers would have headlined the summary of the exchanges: “Tory to McGuinty: You Lied!”

Some people commenting on the election blame John Tory’s red-toryism for being his downfall. However, these observers fail to recognize that it was Ontario’s recoil at the mix of the concepts of religiosity and education — hardly familiar territory for a “red tory” — that sunk the Progressive Conservative leader. In fact, if Tory’s red-toryism could be to blame for anything in his electoral demise, given his presumed initial strategy of not wanting to be an agitator, it was for what must have appeared to be a confusing departure at best and an insincerity at worst for taking what was interpreted to be a socially conservative issue and making it central to the platform of this self-declared “progressive” of conservatives.

This election wasn’t supposed to be about making waves, and thus an ideologically conservative and Harris-like track (though it would have been nice) wasn’t required to win Ontario. John Tory would have had a better shot than he did if he had instead shown up, introduced himself and simply stated that he wasn’t going to lie to us.

If there’s any hope that can come from the results of this election for conservatives, it is that PCs in Ontario will rebuild around offering Ontario clear and articulated conservative policies just in time for what may be a strong desire for change after four more years of McGuinty.