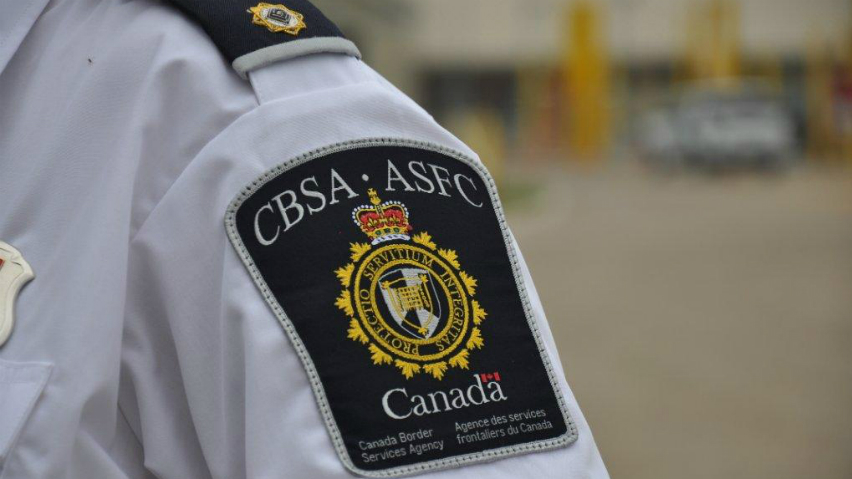 This story piqued my interest in my news scans over the past few days. Amy Goodman, who most of my right-of-centre co-travellers would consider a bit fringe while others would consider solidly left-wing, was detained for questioning on Wednesday at a British Columbian border crossing. Goodman was questioned about her reasons for visiting Canada. The independent journalist and broadcaster cited a couple of speaking engagements in Victoria and Vancouver to promote her book.

Officials from the Canadian Border Services Agency were interested in whether Goodman would be speaking about the Vancouver 2010 Olympics games. Goodman responded no, but by her own account she explained that CBSA didn’t seem to believe her.

I contacted a spokeswoman for CBSA and they explained that while they cannot comment on specific cases, “all persons seeking entry into Canada must meet all requirements” set out by the CBSA. Applicants for entry must not have a record of criminality, for example.

I’d wondered if Amy Goodman had ever been arrested since I’ve known her to be something of an activist on issues. A quick Google search revealed that she had been arrested at the Republican National Convention in 2008 for “conspiracy to riot”. Here is a video of her arrest:

The charges were eventually dropped against Goodman as the St. Paul City Attorney’s office refused to prosecute.

However, it is unclear as to whether charges without conviction is enough to create a “lookout” in the CBSA database. The CBSA spokeswoman also told me that criminality is certainly a red flag when it comes to determining a person’s fitness for admissibility.

Given the unprecedented security that is being put in place for the 2010 games, a less than perfect history with law enforcement may have given agents more pause when considering Goodman.

Despite the temporary detention, Goodman is likely not too upset about the whole affair. She was admitted to Canada for two days and has now received national media attention for the book she was promoting.

Today, American radical William Ayers was denied entry to Canada.  Here’s the an excerpt from the article on the story in the Globe and Mail:

William Ayers, a distinguished education professor from the University of Illinois at Chicago, said he was perplexed and disappointed when the Canada Border Services Agency declared him inadmissible at the Toronto City Centre Airport on Sunday evening.

He said he has travelled to Canada more than a dozen times in the past.

“It seems very arbitrary,” he said. “The border agent said I had a conviction for a felony from 1969. I have several arrests for misdemeanours, but not for felonies.”

According to the Canadian Immigration and Citizenship website, a decision to keep Ayers out of Canada would not have been made arbitrarily,

“Some people are inadmissible—they are not allowed to come to Canada. Several things can make you inadmissible, including involvement in criminal activity, in human rights violations or in organized crime. You can also be inadmissible for security, health or financial reasons.”

Just in case you’re wondering about the sort of criminal activity Ayers has been involved with, look no further than a New York Times piece coincidentally published on September 11th 2001,

”I don’t regret setting bombs,” Bill Ayers said. ”I feel we didn’t do enough.” Mr. Ayers, who spent the 1970’s as a fugitive in the Weather Underground, was sitting in the kitchen of his big turn-of-the-19th-century stone house in the Hyde Park district of Chicago. The long curly locks in his Wanted poster are shorn, though he wears earrings. He still has tattooed on his neck the rainbow-and-lightning Weathermen logo that appeared on letters taking responsibility for bombings.

In his book Fugitive Days, Ayers writes about bombings he participated in which included the US Capitol Building and the Pentagon.  So, now that we have reviewed a partial record of criminal activity of Mr. Ayers, why would he be so “perplexed” at CBSA’s refusal to admit him to Canada. In fact, in a blog posting by Ayers, the former leader of the Weather Underground writes of a similar experience with Canadian border service officials when he was previously denied entry to Canada,

[The CBSA official] handed me a form called “Allowed to Leave Canada” and asked me to sign under, “I hereby voluntarily withdraw my application to enter Canada. . . .” I, of course, refused.

After an hour in a holding area, he fetched me and escorted me back through security and US customs, where agents from both sides of the border shared a collegial laugh. As we made our way to the next plane to the US, officer 1767 assured me: “I’m not denying entry into Canada on the basis of your membership in Students for a Democratic Society.” I thought of the chorus from Leonard Cohen’s “The Patriot”: “Ah the wind, the wind is blowing.”

I was first on the plane, seen to my seat by my escort, and my passport returned. The times they are a’changing

Ayers’ trouble with CBSA officials seems to be a common occurrence according to his blog post,

“This has become a common-place for me whenever I travel to Canada — I’m always diverted and delayed, always questioned about my anticipated length of stay and the nature of my business, always double-checked. Whenever I’ve asked why I’m being subjected to this special treatment, the reply has always been the same: ‘Just a routine check.'”

Note that this rejected entry into Canada that he describes in his blog post happened in 1995, long before Barack Obama had been suggested to have links with Ayers, long before Obama’s political campaign and long before GOP VP nominee Sarah Palin suggested that Ayers was a “terrorist”. Therefore, this accusation by the man who arranged for Ayers to come to Canada today is moot,

Jeffrey Kugler, executive director of the Centre for Urban Schooling, is deeply disappointed in the turn of events. For him it’s a question of academic freedom. “It’s kind of ironic the day before Barack Obama is going to become president this is what the Canadian border security has done,” said Kugler. “It seems ridiculous that one university can’t have a professor from another university to come and give a lecture on an important educational topic.”

In a CBC interview today on As It Happens, Ayers was interviewed and he was unapologetic for his “illegal actions” during his time in the Weather Underground and to this day calls his acts “appropriate”.

What were his “appropriate” acts? In his own words,

“The Weather Underground went on to take responsibility for placing several small bombs in empty offices — the ones at the Pentagon and the United States Capitol were the most notorious — as an illegal and unpopular war consumed the nation.

The Weather Underground crossed lines of legality, of propriety and perhaps even of common sense. Our effectiveness can be — and still is being — debated. We did carry out symbolic acts of extreme vandalism directed at monuments to war and racism, and the attacks on property, never on people, were meant to respect human life and convey outrage and determination to end the Vietnam war.”

Seems fairly clear, doesn’t it? Though Ayers was never convicted of any crime, he has admitted to having committed criminal activity. The CBSA has previously denied Ayers. However, if you see this as open and shut, you don’t share the bizarre logic of the NDP. Here is Olivia Chow’s press release on today’s events,

Bill Ayers was denied entry into Canada Monday where he was scheduled to speak on education reform at the University of Toronto.

When Bill Ayers became a household name during the last election and after his criminal acts were described to the American electorate, Barack Obama wouldn’t touch the man with a ten foot pole. Now, the NDP goes out of their way to speak out against the Canadian rule of law barring the admittance of a self-declared domestic terrorist.