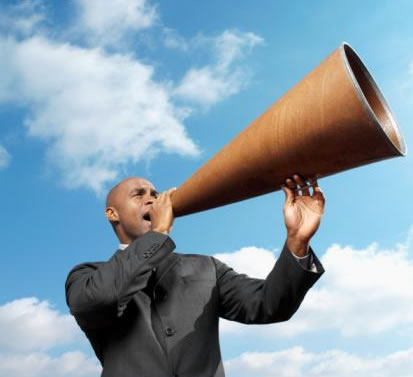 Last year, the government took on entitlement spending reform in addressing Old Age Security,” says Stephen Taylor, Director of the National Citizens Coalition. “This budget misses similar opportunities to restructure entitlement disbursement. For example, the government has largely backed off Employment Insurance reform and has reversed itself on many reform initiatives since last year. The current trend on entitlement spending remains unsustainable

[CTF] applauds the government’s plans to overhaul job training and keep a lid on spending … It’s good to see Ottawa getting training money directly in the hands of young workers so they can land a good-paying job.

“Overall, this is a good budget for small business. Minister Flaherty has done a solid job by remaining on course to eliminate the deficit while announcing some important measures for Canada’s entrepreneurs. We’re particularly pleased the government publicly acknowledged taking some of these measures – such as the expansion of the EI Hiring Credit – at the recommendation of CFIB’s 109,000 members.”

“We welcome the government’s emphasis on the promotion of skilled trades, and their commitment to addressing the troubling gap in our economy’s labour force needs” said Terrance Oakey, President of Merit Canada. “As the centrepiece of today’s budget, initiatives like the Canada Job Grant respond to the needs of both employers and employees alike and will help Canada’s economy grow by ensuring Canadians have the appropriate skills to fill a growing number of trade positions,” continued Oakey.

Today the Funeral Service Association of Canada (FSAC) congratulates the Federal Government on their decision to increase support for the Last Post Fund. The new budget proposes $65 million over two years to enhance the Funeral and Burial Program and by more than doubling the current funeral services compensation rate from $3,600 to $7,376.

The Forest Products Association of Canada

The “Jobs, Growth and Prosperity” budget from the Minister of Finance, Jim Flaherty, includes an additional $92 million over two years to support innovation and expanding markets. “We applaud the government for its continuing support for the forest products sector even at a time when tough measures are needed to reduce the deficit.” says the President and CEO of FPAC, David Lindsay. “This is a strategic future-oriented decision that demonstrates ongoing commitment to the transformation of the industry.”

“This is a fiscally prudent, forward-looking budget,” said CHBA President Deep Shergill of Calgary. “We congratulate Minister Flaherty for setting the right priorities.” The federal government’s leadership in providing additional long-term infrastructure financing to municipalities is very welcome. “It’s an opportunity to restore fiscal integrity at the municipal level and fairness for younger generations. At present, many municipalities are financing community infrastructure by transferring the costs into the mortgages of new home buyers, amounting to more than $5 billion a year. “

Budget 2013 addresses the tax burden, labour shortages and red tape, which are three key concerns of restaurant operators. The Canadian Restaurant and Foodservices Association (CRFA) congratulates the government for appropriately focusing fiscal evasion measures on the “underground” economy instead of the “above-ground” economy. Following Quebec’s lead to implement sales recording modules or “black boxes” on cash registers would have created a significant cost and administrative burden for restaurants and retailers. … However, CRFA is concerned about measures that will make the temporary foreign worker (TFW) program more costly, cumbersome and difficult to access.

“The federal budget sends an important signal. It positions manufacturing and exporting at the heart of Canada’s Economic Action Plan by focusing on practical steps that will enhance competitiveness, productivity, innovation, and business growth … This is very good news for companies creating jobs in Canada, investing in our communities, and developing and selling world-class products and services around the world.”

“The measures announced in today’s budget are a significant step forward in the federal government’s attack on Canada’s skills challenge.”

“Today’s budget delivers significant gains for Canada’s cities and communities. We applaud the government for choosing to continue moving our communities forward even as it meets its immediate fiscal challenges. This is … a budget that delivers real gains for Canadians … it will spur growth and job creation while laying the foundation for a more competitive economy.”

“The government delivered a responsible budget for uncertain times … We welcome this skills training initiative. In creating the Job Grant fund, the federal government has shown leadership in addressing the growing skills gap. We encourage provinces to support it. All should benefit – employers, workers and governments.”