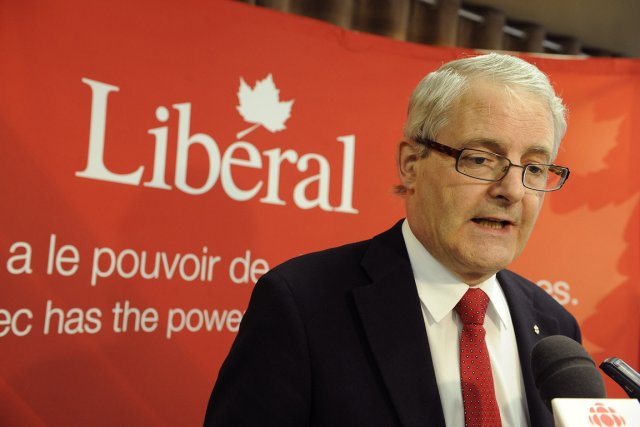 Marc Garneau announced today that he’s landing his bid for leadership of the Liberal Party of Canada. In the end, Garneau admitted he just didn’t have the numbers to take on presumed front-runner Justin Trudeau. Garneau cited internal Liberal Party polls of 6,000 Liberals that showed Trudeau at 72% support, Garneau at 15%, Murray at 7.4%, and Hall-Findlay at 5.2%. The Murray campaign immediately disputed these numbers. Some have speculated that Garneau’s exit from the race is to prevent an embarrassing third-place finish behind Joyce Murray, when the Liberal race was billed as a two-man race by Garneau communications flacks.

Canada’s first astronaut in space threw his support behind the former substitute drama teacher saying that “Justin has risen to the occasion”.

Liberal membership registration ends tomorrow. The party had boasted 294,000 supporters but only claimed 80,000 voter registrations by Tuesday. The Liberal Party’s “National Showcase” of their leadership contenders is on April 6th, followed by a reveal of the elected leader on April 14th.

Garneau would have been the most difficult putative Liberal leader for the Conservatives and NDP to attack as his resume makes him a bit of a national icon and hero. However, the Conservatives and NDP will be repackaging Garneau’s comments about Trudeau’s thin resume and inexperience and will be doing their best to tell Canadians that being Prime Minister doesn’t have the benefit of on-the-job training.

With Garneau’s exit, this Liberal leadership contest threatens to be another coronation for the party’s top job as Michael Ignatieff ran unopposed and Paul Martin ran with about as much popular support during that leadership race that Justin Trudeau enjoys now.