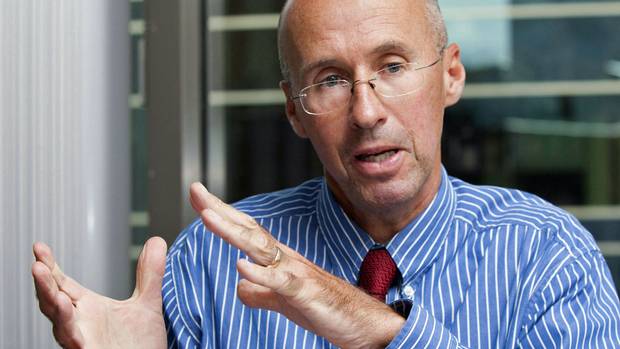 Kevin Page is the Parliamentary Budget Officer and a politically expedient folk hero in some circles. His office was created by the Harper government in 2006, being born in a political climate of cleaning up corruption after the sponsorship scandal, and after years of Conservative complaints about erroneous Liberal budget estimates when that party was in government. His current term comes due this year and the Library of Parliament has already put out tender for his replacement.

The Parliamentary Budget Office reviews government spending estimates, is independent from the Ministry of Finance, and produces information and reports for Parliament. The office is a necessary one because it enables parliamentarians to hold government spending promises to account and it brings increased transparency overall. The PBO is a welcome addition to our democratic process.

Critics of Kevin Page have complained that the bureaucrat has overstepped his mandate and has produced partisan reports. The Parliamentary Budget Officer is not a full officer of Parliament like the Information Commissioner, the Privacy Commission, the Auditor General or the Commissioner of Lobbying, however, he has received more ink lately in Canada’s press than all of these positions combined. Much of this has to do with his position between the government, Parliament, and the money, and some of it results from the political tone and analysis from his office.

The role of the Parliamentary Budget Office should be strengthened, but much needs to be done to remove any accusations of partisanship or any sense of ’empire building’ within it. Indeed, due to the importance that Canadians place on its purprose via Members of Parliament, the Press, and budgetary watchdog groups such as the Canadian Taxpayers Federation and the National Citizens Coalition, there is a strong case to be made to give more powers to the office. The head of the PBO should be made a full officer of Parliament, however, reporting and conduct standards must be in place to ensure that the information — not the personality — is grist for the mill of political debate. Indeed, Duff Conacher from Democracy Watch, suggested that “Page might have been better served if he sometimes couched his language more carefully, if not his conclusions.”

Since the office is a relatively new creation and its head has served but one term, there will be growing pains as the experiment finds its footing in the Parliamentary and political landscapes. Parliament should continue to push the government to enhance the mandate of the PBO. However, as the importance of the mandated scope of the office increases to match the importance placed upon it, a mature set of standards should be outlined.

In particular, reporting standards should be consistant and fair. When the Ministry of Finance and the PBO have different methodologies for calculating costs, they will inevitably come to different results. Those discrepancies are the predictable fodder of fickle political chatter. When the government and the PBO measure the same costs over different reporting windows (as with the F-35 costs) their numbers will differ. When the costs of decades of veteran care are not standardly factored into conflict estimates, but are done so by the PBO, there should be no surprise that numbers will be different. Two sets of numbers, produced by two sets of bureaucrats, using two different methodologies have the danger of being opportunistically framed as political cover-up and scandal.

Further, the Parliamentary Budget Officer should not be tossed about like a political football. All parties are guilty of this as the Conservatives have attacked his numbers as politically motivated while the opposition have even pinned a medal on his chest (and issued a press release about the occasion). The NDP has also lionized Page in order to position themselves against the Conservatives. All moves serve to undermine the independence of the office. The outputs of the PBO cannot be perceived to be unimpeachable when its officer is used as a partisan tool.

Page has been no political shrinking violet either. While it is laudable that he took the government to court in order to force departments to open their books so that he could fulfil his mandate, he deserves no praise for his political statements about the government’s handling of his office or of himself. Consider his sour grapes letter to CBC’s As It Happens, as a recent example. To get to the point, the PBO should not make political conclusions about his numbers and the government’s direction, but should only report the numbers. While the government was making a case about the long term viability of entitlement spending and Old Age Security, Mr. Page waded into the political firefight declaring the government wrong and OAS spending sustainable. His job is to report the raw numbers; leave the political arguments and conclusions to the elected political adversaries.

With all considered, Kevin Page deserves our thanks for being the test pilot of the shaky first term of the PBO. He has both intentionally and unintentionally helped establish the boundaries of the office and what Canadians expect from it. Increased transparency and government accountability can only be good moves forward in a democracy. However, to be a reliable outlet of budgetary information for Parliament, it must continue to mature to provide information with predictable consistency and in the absence of political ego and glory.