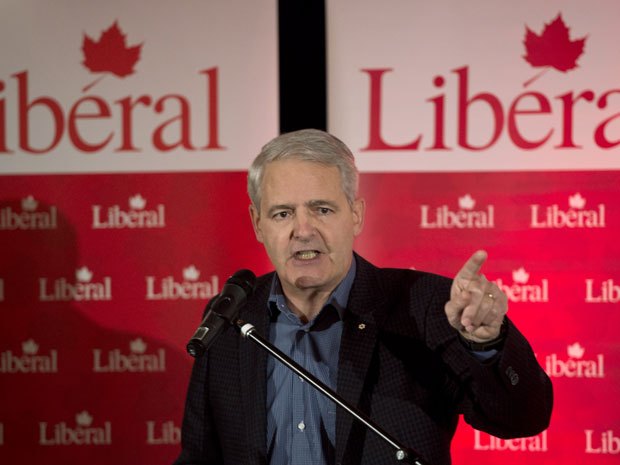 Finally! But the critique is in text form which makes it difficult for Conservatives to create ads.

In a blog post titled “Leadership means taking a stand”, Garneau’s main criticism of Justin Trudeau is that he lacks policy direction and that saying that you’ll fill in the blanks after winning the leadership just isn’t good enough.

“Justin believes telling Canadians we need a ‘bold’ plan and a ‘clear vision’ without defining either is good enough. He speaks in vague generalities, and on his two key priorities – the middle-class and youth – he has presented no direction.”

“[Selecting Trudeau as leader would be] like asking Canadians to buy a new car without first test-driving it.

Bob Rae has responded to the tension between the two by saying,

Justin Trudeau will be good for the coffers of the Liberal Party, but either Marc Garneau or Martha Hall-Findlay would be good for its soul. Liberals perceive that their party’s main problem is that it keeps losing. True, but if they look at the cause, it’s that the party has no serious policy foundation.