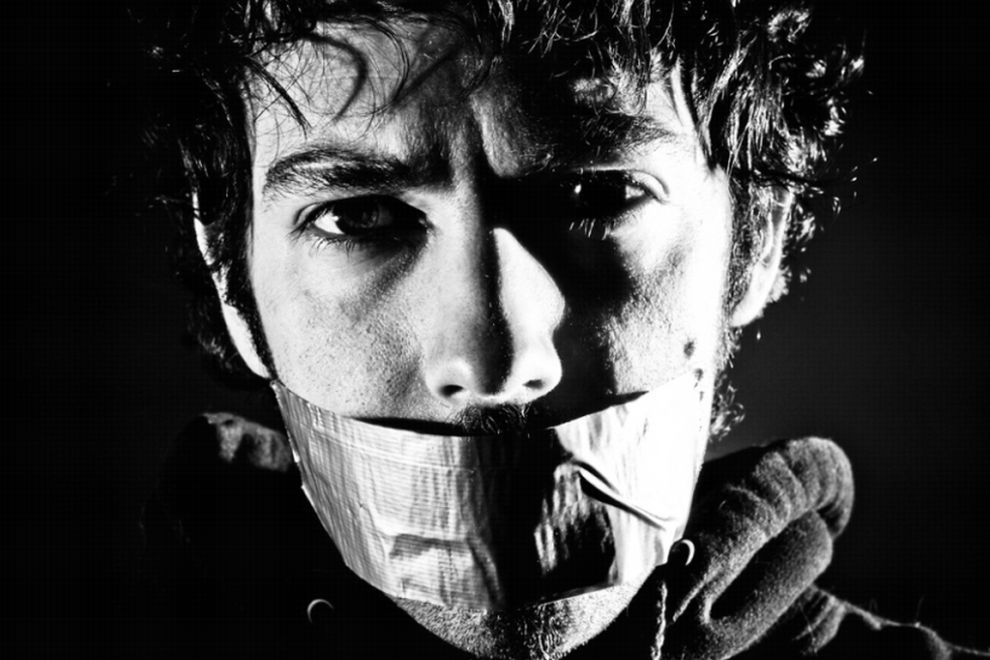 Rights for some, but not for you.

Here, a student government official tears down a free speech wall at Carleton. The wall was set up by the “Students for Liberty” club at the University.

I will update this post with information as it develops, but for now, here is the letter from Arun Smith. You can let him know what you think of his little stunt by tweeting him @arun_smith.

To the Carleton community:

This evening, acting alone, and in an act of forceful resistance, I removed the Carleton Students for Liberty’s “free speech wall” from the Unicentre Galleria. I take full and sole responsibility for this action, I understand that there will likely be consequences, and I am prepared for the imposition of those consequences, however unjust they might be.

In fact, it is in response to injustice that I have found myself with no recourse beyond this. We live in a world built on meaningless platitudes, one where abstract ideology seems to trump considerations for humanity; we rely on buzzwords like “free speech” to help us either ignore or perpetuate the gross suffering that our words and actions can cause. We forget, often deliberately, that the damage we do to individuals in marginalized communities, and to those communities themselves, is inhumane and unjust, and that responding to it with more meaningless platitudes about inclusion and equity is doing nothing to fundamentally alter the status quo. Given this, I consider this action both a moral imperative, and one entirely in line with the mandates of the positions that students on this campus have chosen for me to hold.

Actions and words can be used both to retrench and to challenge the cages, the boxes, the oppression, that we face, but something must be done in order that we might not suffer so much, so often. In organizing the “free speech wall,” the Students for Liberty have forgotten that liberty requires liberation, and this liberation is prevented by providing space for either more platitudes, or for the expression of hate. Further, to organize for this “wall” to be erected during our Pride Week, where our communities are supposed to be able to seek liberation and celebrate our diversity, is offensive, ill-considered, and dangerous. The theme of this year’s Pride Week is UNAPOLOGETIC, inviting us to refuse to apologize for who we are, and the erecting of this “wall” is but another in a series of acts of violence against we who are forced every day to try and justify who we are, to try and justify our humanity and our being deserving of respect, dignity, and consideration.

We are supposed to be creating safe(r) spaces for ourselves, and for other students, but there can be no safe(r) spaces where there is potential for triggering, the invalidation or questioning of the identities of others, and/or the expression of hatred. Prior to undertaking this action, I contacted Equity Services, who have decided to abandon a commitment to serving students; in fact, they referred me to CUSA, who abandoned a commitment to serving students themselves quite a while ago.

When one has little to no institutional support, and where those who are supposed to protect abrogate or abdicate their responsibilities, there is little recourse beyond acts of resistance. Some students with whom I spoke called the area around where the “wall” stood “a war zone,” which underlines the realities of our lives: we are at war, in a war for our own survival, where to exist, we resist, and to resist, we exist.

The time for platitudes is at its dusk, and the time for solidarity with our words and our actions is at its dawn. It is with this sentiment in mind that I take responsibility.

Remorselessly, and with the utmost sincerity,