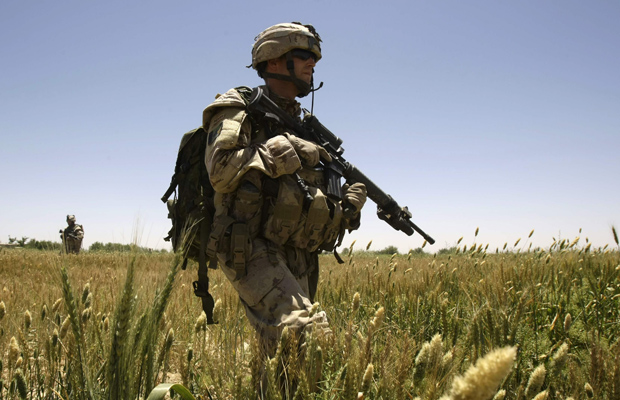 On Remembrance Day, a war memorial in Toronto’s Coronation Park was vandalized scrawled with the words “CANADA WILL BURN PRAISE ALLAH”.

CBC.ca, however, has not reported on the incident at the time of this writing.

Perhaps it doesn’t fit their narrative?

Days ago, a video of soldiers mocking Osama bin Laden dressed up in a turban in “brown face” surfaced and the CBC cleared space for the “exclusive”. A warning even preceded the story suggesting that viewers/listeners may be offended by the video.

Sources in Ottawa report that CBC was in possession of the video for at least a couple of months and sat on the “story” until Veteran’s Week.

CBC even covered the story on the National.

CBC ran a follow-up story on the reaction that its story generated with, er, Shaun Majumdar, their own on-air talent. The top three comments from their audience on the story?

It’s clear that the folks over at the state-funded broadcaster seem more interested in reporting perceived insults by Canadian soldiers than an actual crime of vandalism that offends the memory of fallen Canadian soldiers.

UPDATE: Hope is not completely lost. CBC later covered this story on their 9pm National newscast.

UPDATE: CBC Toronto did a TV news hit on the story at around 2pm.