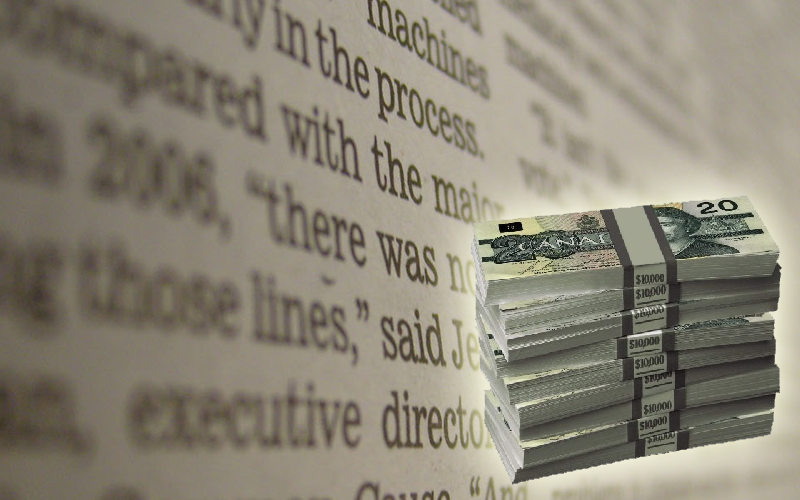 Russ Hiebert’s private members legislation is bill C-377, “An Act to Amend the Income Tax Act (labour organizations)”. The bill aims to increase transparency in every union in Canada, compelling them to submit annual financial statements to detail the $4 Billion in forced dues they collect per year from their memberships.

Journalists have written about “high-level” meetings between advocates for the bill and senior government officials. For the interests of full disclosure, the National Citizens Coalition too has an interest in seeing this bill pass.

Notably, the union that represents many journalists in Ottawa is the Communications, Energy and Paperworkers Union of Canada (CEP). We have no idea how much money the CEP is spending on trying to defeat this bill in the House of Commons because this bill hasn’t passed yet, but we do know that the union has an official position on it:

An Act to amend the Income Tax Act (Labour Organizations) is part of the Conservative government’s efforts to weaken civil society organizations that articulate a worldview different from their own. Sponsored by Conservative MP Russ Hiebert, Bill C‐377 is set for a third and final reading in the House of Commons this fall.

The Bill appears to address a problem that does not exist. Labour unions operate for the benefit of their members and, as such, the transparency, governance and operations of the organization should be a matter of concern to its membership. Bill C‐377 would be very expensive to administer and would create bureaucratic red tape for government, businesses, employee pension and benefits plans and unions.

It is our strong view that the Bill must be withdrawn or defeated in its entirety, regardless of suggested amendments.

How much money from the forced dues of Ottawa journalists is going to help defeat bill C-377?