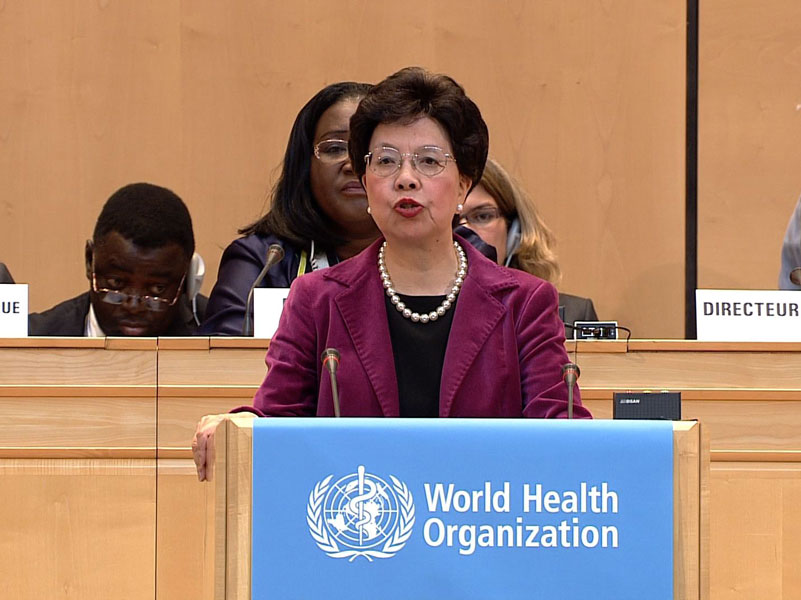 One month ago, a wayward bureaucrat (or rapporteur as he is styled) found himself in Canada and decided to tear a strip off our country on the topic of food security in Canada. Yes, while Canada sends billions of food aid to developing countries, the UN came to criticize Canada for how available food is to poor and aboriginal communities. Canada is 6th on the human development index, and while poverty and famine grip other regions such as the horn of Africa, the scant resources of the UN were used to study Canada.

Today, we learned of the head of the UN’s Health Agency’s trip to North Korea where she praised that country for its health system and said that it should be the “envy” of the developing world,

“Based on what I have seen, I can tell you they have something that most other developing countries would envy,” [the head of the UN’s health agency] told journalists, despite reports of renewed famine in parts of the country.

“To give you a couple of examples, DPRK has no lack of doctors and nurses, as we see in other developing countries, most of their doctors and nurse have migrated,” the director general of the World Health Organisation said.

She also highlighted its “very elaborate health infrastructure” extending to a district network of household doctors, she added.

Chan visited the closed communist nation Monday through Wednesday at the regime’s invitation.

She met senior ministers and visited health facilities in the capital Pyongyang, as well as a rural hospital about an hour’s drive away.

Her visit to Pyongyang came amid reports of a severe food crisis in North Korea.

Good Friends, a Seoul-based welfare group with contacts in the North, said in February that 2,000 people had starved to death there this winter.

A growing number of North Koreans have fled their homeland, which has relied on outside aid to help feed its people since a famine in the 1990s killed hundreds of thousands.

North Korean officials offer stage-managed propaganda tours for visiting tourists and dignitaries that is so predictable, the same stops (and sanctioned photo essay) unfolds for any outsider that visits: statues, monuments, the metro, and empty dining halls with lots of food. When tours go off-script, they are noted as a newsworthy aberration.

It’s no surprise that the article describing the UN tour of North Korea ended with this concession,

Chan later accepted that what she saw in Pyongyang “might not be representative of the rest of the country.