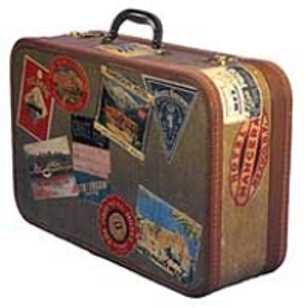 Senior bureaucrats are flying around the world on lavish multi-destination trips on the taxpayer dime, all under the guise of “leadership training”, and seeing how bureaucrats handle their jobs in other countries.

The Conservative government has stated that the next budget will be an austere one as Canada’s federal deficit looms large and the Prime Minister has tasked instated a “Deficit Reduction Action Plan” across all ministries. Every department has been told to come up with a 5% reduction plan and a 10% reduction plan for their overall spending.

However, one area that they should look into is the “Advanced Leadership Program” run by the Canada School of Public Service. From the program website,

Learning and development are often best achieved through the exploration of and reflection upon real-life experiences. The Advanced Leadership Program (ALP) provides relevant experiences to senior public service leaders that challenge and expand their current worldview and allow them to gain insight into the world and thinking of top leaders, thus preparing them to effectively lead the public service into the future and achieve results for Canadians.

Participants — EX-04s, EX-05s and a few seasoned EX-03s – are nominated by the Clerk of the Privy Council in collaboration with a select group of Deputy Ministers.

The program is comprised of three main blocks of 2 – 3 weeks each, as well as two-day integrated sessions, delivered over a period of twelve months.

The Canada School of Public Service which offers the Advanced Leadership Program has an annual expenditure of about $145 million a year.

I decided to dig up the associated expenses involved with this Advanced Leadership Program. For a government that is claiming a new urgency for cuts, it’s surprising to see how this program spends and spends on a handful of public servants.

The program for most participants came in three blocks which encompassed three different global regions. One block would encompass Asia, Africa, Europe or the Middle East, the second block US cities and the Americas and the third block various Canadian cities. Generally the first two blocks would cost between $10k-$20k+ each, while the third block would come in just under or around $10k.

Why is the government spending all of this money on travel for senior bureaucrats to far off places? The program states,

An important objective of the program is to expand participants’ frame of reference by developing their capacity to integrate regional, North American, and global perspectives in dealing with public service challenges. Study tours were organized to expose participants to these perspectives.

Many senior bureaucrats go through the program, but here’s a sample:

Richard Wex, the Assistant Deputy Minister for policing, law enforcement and the interoperability branch. From January 16th through February 5th of this year, Mr. Wex traveled from Canada, to the US and Brazil at a cost of $21,999.23. From April 30th – May 14th, he hopped between Belgium, to Norway, to India at a cost of $21,745.32.

Also traveling this year, consider Marie Lemay, the CEO of the National Capital Commission. The taxpayer spent $21,745.86 in January and February of this year taking her to Calgary, Chicago, Washington, Rio and Brasilia, and another $23,826.87 shuttling her from Brussells, Oslo, Frankfurt, Chennai and New Dehli in May

Consider Anil Arora, the Assistant Chief Statistician at Statistics Canada. In less than one year, Arora took three trips with the Advanced Leadership Program. In November 2008 he traveled to Montreal, Japan, China, United Arab Emirates and India for $24,548.58, in January 2009 he traveled to Sacramento, San Francisco, Washington, Port au Prince and Mexico for $17,081.60, and then in April and May 2009 he traveled to Yellowknife, Regina, Saskatoon, Sydney and Halifax for $7,891.92

Other high flying bureaucrats on the Advanced Leadership Program:

This is only a sample to illustrate that this program seems to span all departments and is offered to senior bureaucrats. The data is disclosed on the government’s website via proactive disclosure. Many Canadians will be shocked to hear that senior public servants are traveling around the world each at a yearly expense that eclipses the mean Canadian income. The government is looking to cut back on departmental expenses in its strategic and operational review. It should cut the Advanced Leadership Program.

If you agree and think that the Advanced Leadership Program should be cut under the Strategic and Operational Review, click the recommend button below.

UPDATE: Treasury Board has responded to my request for comment. Jennifer Geary from Minister Clement’s office replies, “our Government is working to reduce wasteful and inefficient spending across the government, and this program, like many others, is under review.” Also, while the expenses of the Canadian School of Public Service come in around $145 million per year, that of the Advanced Leadership Program within the school come in at $2.2 million.