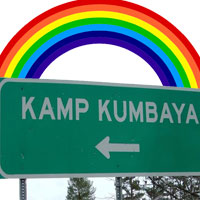 Was Canada ever even in? The Kyoto Protocol was adopted in 1997 in the city of the same name in Japan. The United States was the only holdout at the time, with Congress refusing to ratify the agreement under President Bill Clinton.

Canada’s Liberal government led by Jean Chretien bound Canada to the international accord at the time, promising to reduce Canada’s greenhouse gases (GHGs) by 6% of 1990 levels by 2012. The protocol has come under heavy criticism since as it provides exemptions for many emerging economies, namely India, China and Brazil. Further, the 1990 level was so pegged to satiate Russia’s demands to use the Soviet Union as the reference point to mark Russia’s future emissions against the Soviet era, pre-industrial and economic collapse.

Other criticisms of the protocol include carbon trading that were dismissed by our current Prime Minister as a socialist scheme, exchanging ‘pollutability’ for cash. Again, much of it to the Russian Federation.

The Protocol expires in 2012 and has largely been a symbolic icon of the progressive movements in Canada, the US, and Europe. Carbon emissions under Chretien (and Dion as his environment minister) actually increased. Again, the emissions under the next Liberal administration increased. In fact, between 1990 and 2005, Canada’s GHGs increased 25%. We should have spent money fashioning a statue of Gaia in our own image. Our vanity would have been satisfied, it would have been as effective, and it would have costed much less. As far as symbols go, it’s pedestal ‘footprint’ would have less of an environmental impact than that caused by sending our jobs and capital to emerging exempt economies.

It’s been reported today that Canada will not “renew” its “commitment” to the Kyoto Protocol. To do so would be foolish, as Canada is nowhere near meeting 1990 targets anytime soon. Further, a cap on industrial production would be foolish at a time of global economic fragility (not to mention coercive at any time).

The utility — either environmental or economic — of signing onto such an agreement has not been established. If humans face any challenge, global bureaucracy is certainly the most unagile method of addressing it. Kyoto seemed to be focused on special interests and side-deals rather than some superordinate goal.

Oh, was it mentioned that it’s a socialist scheme?