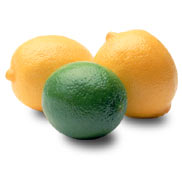 When Michel Thibodeau couldn’t order a 7-Up in French on an Air Canada flight in spring 2009, the federal-government worker didn’t just grumble about poor service. He and his wife Lynda sued the airline for more than half a million dollars.

They weren’t just upset about the can of pop. The soft-drink incident was one of half a dozen times the couple said they were denied service in French over the course of two trips they took with Air Canada and its contract carrier, Jazz, in 2009.

“If I take a flight and I’m not served in the language of my choice, and I don’t do anything about it, then my right is basically dead,” said Mr. Thibodeau, who is fluently bilingual. “I was not asking for anything other than what I was already entitled to. I have a right to be served in French.”

A Federal Court judge on Wednesday agreed, granting the couple $12,000 in compensation for four occasions when Air Canada failed to serve them in French. The judge also ordered the airline to apologize to the couple and introduce a system to track potential violations of its language duties.

A friend reminded me of a quote from Prime Minister Stephen Harper that might be related,

“After all, enforced national bilingualism in this country isn’t mere policy. It has attained the status of a religion. It’s a dogma which one is supposed to accept without question.” — Stephen Harper

Ahem. Nothing to see here folks…