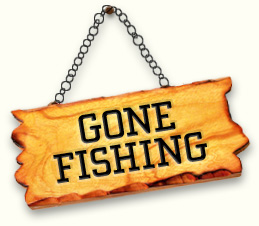 Today, Julian Sher and Gloria Galloway wrote a story published in the Globe and Mail about the absences of MPs in the House of Commons. In the number two spot is Stephen Harper who understandably is often absent due to his Prime Ministerial duties which call him away from Ottawa.

But who tops the list? And who rounds out this group of truant MPs? And what are their opinions on the institution of Parliament and the need for MPs to be present working there?

“Mr. Harper is showing his disregard for the democratic institutions of our country. The decision to prorogue is about one thing and one thing only — avoiding the scrutiny of Parliament…” — Michael Ignatieff

“There are a number of important pieces of legislation before Parliament that died on the Order Paper as a result of Harper’s decision [to prorogue]… some of the Bills to be debated dealt with gun control, pensions and the protection of the environment.” — Jim Karygiannis

“This is an affront to our democratic principles, a gross misuse of the power of his office, wastes the efforts of public servants, MPs and Senators, and is an enormous waste of the taxpayers’ money as all government legislation automatically goes into the garbage can. The total cost to the taxpayer is over $130 million. This act also neutralizes the voices of our citizens…” — Keith Martin

“One of the many consequences of the Prime Minister’s decision to shut down Parliament was ending an ongoing Parliamentary study on Poverty.” — Ruby Dhalla

“I invite Canadians to help put Mr. Harper in his place by paying attention. Prime Minister Harper is counting on Canadians tuning out of parliament and not caring.” — Gerard Kennedy