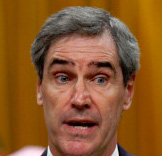 That’s the stunning result of the latest Ipsos poll showing 43% strength for Stephen Harper’s Conservative Party nationally buoyed by a 45% showing in Ontario.  Also surprising is the Conservative dominance in the east which can be as rare as a [insert folksy Atlantic Canadian expression here].

What does this mean? Stephen Harper must really want an election musn’t he? Our Prime Minister is a strategic one to be sure, but this poll (and other recent ones) suggest that stability has a special place in the hearts of Canadians given their number one issue: the economy.  Michael Ignatieff’s Liberal Party has been taking the stubborn line that they are eager for an election, all while claiming to fight for Canada’s values and for issues that affect Canadians.  Meanwhile Canadians look at this positioning as reckless and self-serving.

Indeed, polls seem to shift against those that take a position of arrogance.  With prorogation, Canadians punished the Prime Minister because the narrative held that the Prime Minister’s prorogation of Parliament wasn’t simply procedural, it was a ploy — in effect, too cute by half.  When Ignatieff went bellicose with his infamous stand, “Mr. Harper, your time is up”, Canadians reacted by punishing a party moving against the general political mood and national reality.  Were Canadians looking to replace the government, or looking to it to get down to work?

The Liberal Party is a transactional party and when it comes down to it, they are looked upon to make or deny the deal.  Conversely, the NDP is an ideological party.  And we see too that the NDP suffers in the latest Ipsos poll.  While the leftwing base looks upon the NDP to bear true reflection of their values, they now see a party making the deal with a government toxic to its values.  The roles have been reversed, and voters are looking to these parties as having lost their sincerity.

Today in Ontario, one particular element of the Conservative brand is finding its pace and reflecting what voters and partisans alike expect.  Steady progress with deficit and rate of spending reduction is what voters expect of the Conservative brand.  There are no surprises here.  As the top-of-mind issue, Conservative are the cool heads in the room making progress while everyone else is running around trying to burn it all down while blaming the others for holding the gas can.