Just landed in my inbox, this alleged Liberal fundraising flyer: 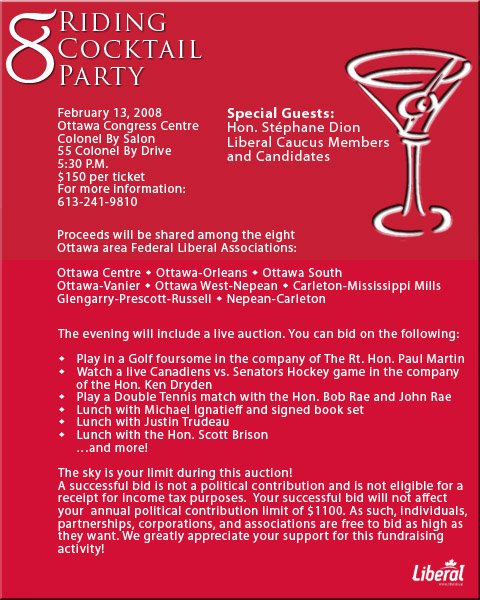 According to the flyer, items to be auctioned off to raise money for eight Ottawa-area federal Liberal riding associations include among other things:

It would appear that the Liberals claim that the federal Elections Act doesn’t apply to this kind of political fundraising because the Liberals say so.

The Liberals used to “raise money” outside of the oversight of the Elections Act by giving hockey tickets to Quebec advertising executives. It’s good to see that if the Liberals go through with this fundraiser as described, they are opening up the process outside of that exclusive network to their Ottawa membership. If so, it’s too bad for Canadians that the Liberals think that circumventing the law is different from breaking it.