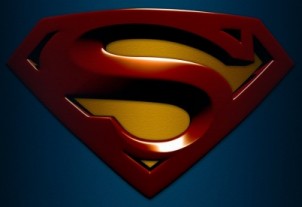 When I was young, like many kids – that would grow up to write blogs I’m sure – I was a fan of the exciting and vivid world of comic books. While I’d spend my afternoons pouring through the occasional Batman or Green Lantern comic, my favourite was perhaps the original comic book icon, Superman. His alter-ego Clark Kent was awkward and generally faded into the background noise whether at work or in his own life. Yet, the closest phone-booth was all it took for the farm kid from Smallville to shed these shackles that held him down and become a genuine hero that embodied qualities that any young kid would aspire to.

I’m Canadian, born and raised. I’ve been aware of the concept of the United States of America perhaps for as long as I have read comic books. Perhaps it was from these illustrated adventures that I learned what I came to understand as the American ideal. The world of comics were a perfect vehicle for storytellers that have taught generations of kids that America represents a force for good in the world. In fact, we learned that truth and justice weren’t only good ideas; comic books, and specifically Superman taught us that these were the American way.

Superman has been referred to as the “All-American hero from the planet Krypton” and some Canadians are aware that one of his creators Joe Shuster hailed from Toronto. Yet, perhaps as Canadian kids, we held special affinity to this “All-American” as one of our own. Indeed, the Man of Steel was a foreign force for good in a land of people that believed in the same.

Shuster and Superman’s other creator Jerry Siegal first penned our hero in June 1938 when America, and indeed the world, were facing an uncertain future dealing with a force that sought to erode liberty around the globe. It is not unreasonable to suggest that Superman was born out of the idealism that Americans (and via Shuster, Canadians) saw in themselves during that dark time.

That is why I report, with mixed feelings, my viewing of the latest movie offering from the people at DC. Superman Returns is certainly a well-executed revival of a movie series that unfortunately spent much time on hiatus. The movie was a touching return of Krypton’s son to both the people of Earth and to his fans, now a little older. There are many historical references for long-time Superman fans including a full-action recreation of the cover of Action Comics #1, the first appearance of our hero in the comics. Perhaps it is fitting for Superman to return to a world that finds itself in another vulnerable time in its history; a time where America faces a war, terrorism and an uncertain future. The world needs Superman when it yearns the type of idealism that America has brought to it in the past.

However, during the movie, Jimmy Olsen and Daily Planet boss Perry White proclaim that Superman represents “Truth, Justice” and, and… it’s lost. It was a subtle omission but for true fans of Superman we could only infer that the screenwriters were editorializing that Truth and Justice were no longer the American way. In fact, “America” as a concept is so strikingly missing from the film that we see nary a flag nor hear a mention of the country. This stands in stark contrast to the original Superman movies in which our hero straightens out the Stars and Stripes on the moon. In 1938 and in the 1980s, America sought to project its image upon the world. In 2006, American filmmakers can barely mutter the nation’s name. For a kid who grew up equating what Superman represented to the idealism of what America represented to the world, it left a pit in my stomach.

In contrast, the Marvel Comics film adaptation of Spiderman saw the web-slinger perched atop a Skyscraper’s flagpole proudly flying the American flag. In one touching scene that was reportedly inserted into the film to replace a final battle scene among the two towers of the World Trade Centre, rowdy New Yorkers pelt the Green Goblin with debris for picking on Spiderman. They are heard to exclaim “you mess with Spidey you mess with New York. You mess with one of us you mess with all of us.”

America has certainly become polarized in its politics and unity in partisanship is hardly a prerequisite for a solid and strong democracy; however, it is a tragedy if the country has stopped believing in itself. Because it is America’s idealism (along with truth and justice) that are its way. While I’m not American, I do believe in the nation’s ideals, yet it saddens me when it appears that the guardians of Superman’s legacy no longer do.

UPDATE: Erik Lundegaard gives us some more information in the June 30th edition of the New York Times (in an article which strikes upon some of the main points that I did here), Ludegaard tells us that the phrase “Truth, Justice and the American Way” actually originated in the 1950s in the television series. It was first uttered by Superman himself in the first “Superman” movie starring Christopher Reeves.

h/t to Cherniak for the NYTimes link and for writing about our common favourite superhero as well!