While hanging out with fellow Manning conservatives this weekend, Ezra Levant told me about a little party that he was having on Sunday night for the ‘founders’ of the magazine. “Oh, and by the way” he said, “Lord Black of Crossharbour is going to be there.”

Well, no matter who you are (except perhaps Lord Black), that’s an intriguing guest list already.

As it turned out, there were a few other intriguing people at the small and intimate party (about 25 people) which was located in a suite at the Sutton Place Hotel.

Regular freedom fighter (or is that “fighter for freedom”) Gerry Nicholls also made an appearance.

Even CPC party MP Jason Kenney was in attendance. I asked Jason if he wanted to do a podcast one day. “Pot-cast?!” he asked shocked, “You want me to do pot?” Of course, I thought this was funny, so I shot back “I’m game if you are”. Hopefully Jason and I will spark up a conversation one day (to be available in downloadable syndicated MP3 format). I’ll bring the salty snacks.

I had a chance to meet the controversial Lord Black and found him to be surprisingly talkative and I noticed that he still had his trademark streetfighter style. We chatted about the newspaper business and the evolution of the medium. I told him that I represented a group of online “citizen journalists”. He laughed and said that anything could be better than the paid ones.

Some say Lord Black is a hero of the Canadian right for how he provided a real opposition in the press to Liberal governments. However, minority shareholders of his companies have felt abused for years by his business practices. I found Lord Black to be a nice guy (from our 5 minute chat), however, I never invested in Hollinger.

Party guests drank Albertan Trad and Grasshopper, munched on veggies and dip and tried to look natural in front of Ezra’s professional photographer (expect to see us on the “Society Page” of the Western Standard next month). Ezra is one of the hardest working people in Canadian conservatism and I’m glad that he has a lot of fun doing it. 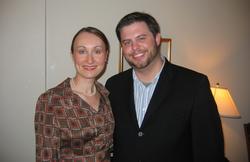 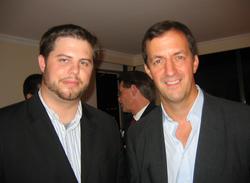 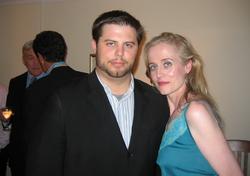 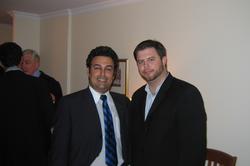 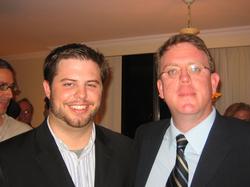 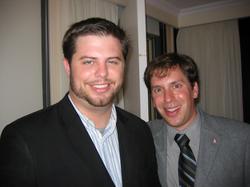