I’m watching the Notre Dame / Michigan game right now on ABC. It’s a good matchup so far (except that Big Blue just scored a TD). I’ll probably always be a fan of the Fighting Irish because they had quite a season when I did one of my 8 month undergrad co-ops at the fabled school. South Bend was a great city to live in and it must have doubled in size every Saturday during the football season. Football rivals Catholicism as a religion when ND is on a run (and it most definately was in 2002). I’ll always remember my time there fondly.

Hopefully the Irish will pull this one off (they’re currently leading 17-10). I attended every homegame in 2002, including their annual Michigan matchup. The game that year was even tighter then and was only decided during the closing minutes of fourth quarter. Notre Dame pulled it off and then my fellow students clad in green, and fueled by the hours of tailgating before kickoff, stormed the field and rallied around their team (which made the cover of Sports Illustrated that year as true comeback story).

The Irish just won! In today’s game, Notre Dame (ranked 20) held off the Wolverines (ranked 3) and upset Big Blue in the Big House in front of 110,000 now somber fans in Ann Arbor.

Pictures of the ND/Michigan game that I attended in 2002 are in the extended entry. (Be sure to click on the link below)

Here are some pictures from the Notre Dame / Michigan game that I attended in 2002. Click on the pictures to enlarge. 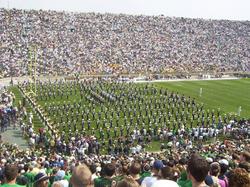 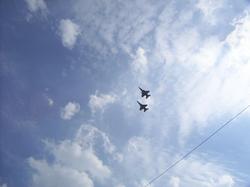 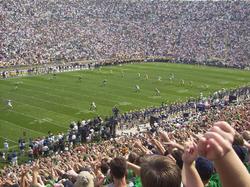 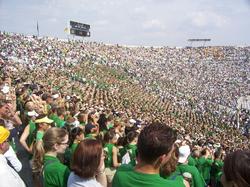 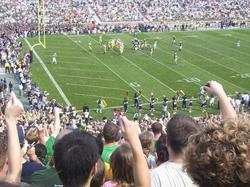 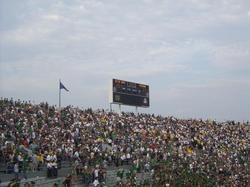 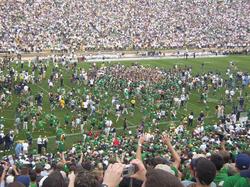 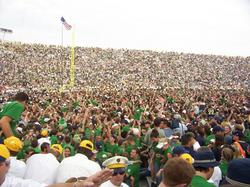 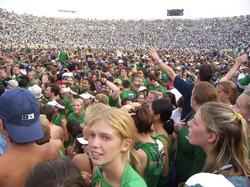