At the time of this writing, CNN and the AP are reporting on a US soldier apparently captured in Iraq by terrorists.

However, CNN military analysts note some inconsistancies in the soldier’s appearance:

“A flak jacket the man is wearing in the picture has an unfamiliar kind of piping or trim along its edges, Marks said. The man’s open-legged pants, as opposed to gathered hems, seem odd, [CNN’s military analyst James Marks] said.”

“Marks also questioned what appeared to be camouflage paint on the man’s face. “We have not used camo paint with conventional forces serving in Iraq,” Marks said.”

Fark and Drudge have already debunked the story; the “soldier” captured and photographed by the terrorists is just a 1/6 scale G.I. Joe action figure. 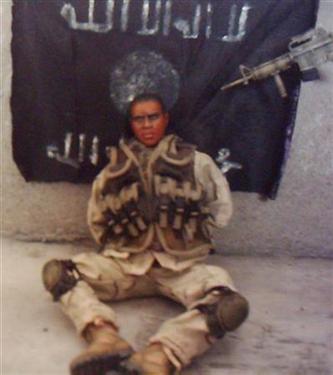 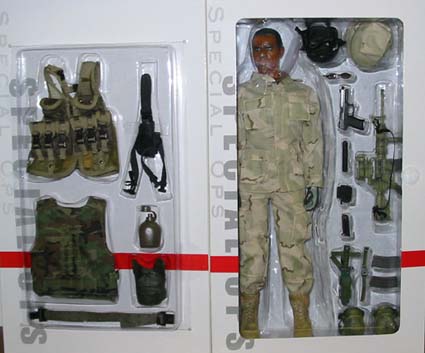