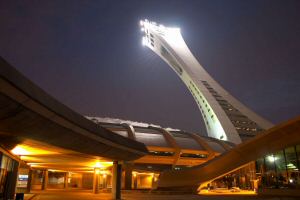 Yesterday Stephen Harper announced that the Conservative Party of Canada will hold its first policy convention in Montreal in mid-March on the 17th through the 19th.

Montreal is an ideal location as Harper has stated that a full 25% of the delegates will be from Québec and it’s true that the Western party faithful will follow the convention wherever it might have been held. I believe that it’s a good strategy to show that the CPC is a national party and a real alternative to the Liberals. One thing the conference must have to be successful, in my opinion, is the presence of key Québec political figures. Will Brian Mulroney make an appearance? Jean Charest a renewed Tory? Mario Dumont? (Sorted in order of increasing levels of ‘Highly unlikely’), yet more radical shifts have occurred in a period of six months. This policy convention cannot show emptiness in Québec but must rather show potential gains and real representation in that province.